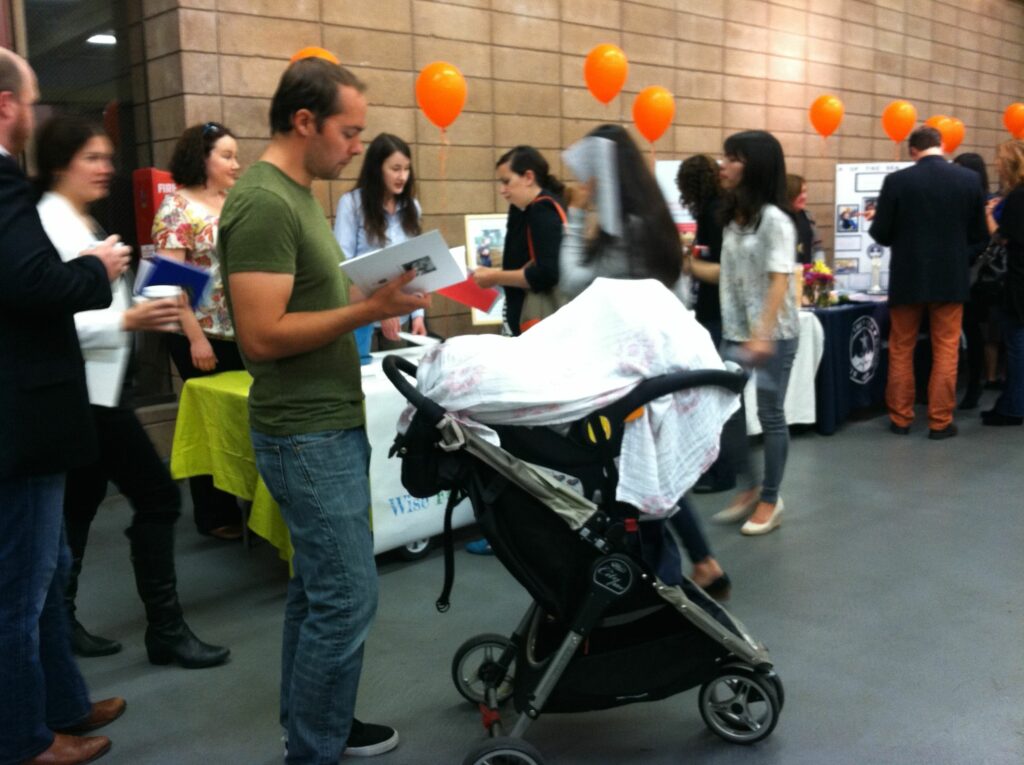 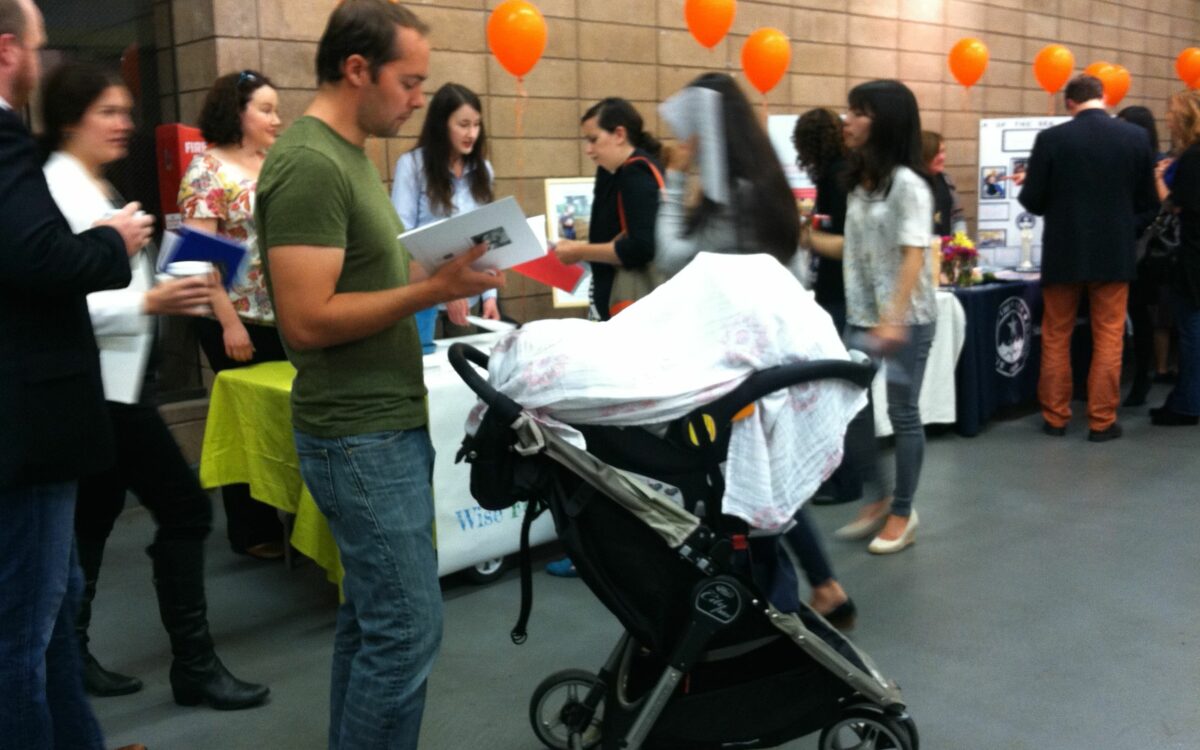 Miranda Pan, who runs a daycare and preschool offering a Mandarin immersion program, said signing up for preschool in San Francisco can be as intense as applying for college.

One couple trying to secure a spot on the waiting list showed up at Pan’s home one evening with their 1-month-old to show her “the baby had been born!” so the child could be added.

“They were a sweet couple, but that was going too far,” she said.

In 2007, Pan started her school, Little Bee, which now has 36 students, because all the programs she wanted her own son to attend were full.

With kindergarten requiring children to be ready for academics sooner than in years past, parents feel increased pressure to find “the right” preschool program that will promote future academic success, preschool admission directors say. Gone are the days when preschool was seen as optional, with some kids starting kindergarten as their first experience in a classroom setting.

“Most parents are looking for the school to inspire a passion for learning,” Pan said.

In San Francisco, when you submit a preschool application, the waiting time for a spot is about a year, Pan said.

This zealous preschool climate is not unique to San Francisco. “It varies city by city,” said Molly Tafoya, a spokeswoman for the nonprofit Early Edge California, a preschool advocacy group. “Anecdotally we hear it’s a difficult process. Private preschool enrollment can be like college enrollment.”

In  Orange County, a densely populated area with a high cost of living, the preschool application process can be overwhelming for parents, said Amy Fotheringham, a spokeswoman for the Orange County Private Schools Association, which is hosting a January preschool-t0-12th-grade fair for parents to learn about different options.

“It’s a competitive market as well,” Fotheringham said. “There are a lot of options. There are wait-lists for schools. I’ve heard it can be very intense. But there are plenty of schools.”

“We hear from a lot of overwhelmed families,”said Matthew Rector, program administrator for Preschool For All at the First 5 San Francisco Children & Families Commission. “It’s stressful to find the right program, and it’s stressful financially. There are families who can pay market rate and there are families who are eligible for subsidies, but then there is the ‘unserved middle.’”

President Obama’s support for universal preschool sparked a national discussion in recent years about the importance of quality pre-kindergarten education.

In San Francisco, the intensity of the preschool selection process for parents was evident at the 22nd annual Preschool Preview night in October. About 500 parents paid $20 a ticket to see exhibits from 75 schools, childcare centers and resource agencies.

“Parents are aware there is more and more emphasis on early childhood education and how we know it can help later success in school,” said Mechele Pruitt, director of the San Francisco nonprofit group Parents Place, which coordinated the event. She teaches a class on choosing a preschool. “But this is indeed preschool. We remind parents they are doing a great job themselves, and preschool is just another boost for their kids. We tell them they are going to find a good school.”

Schools displayed flashy marketing brochures and photo montages of smiling kids learning music, cooking, science and multiple languages, and engaging in outdoor play. There was a dizzying array of options: an all-outdoors preschool, schools that offered a religious education component, co-op preschools, language immersion programs, play-based schools and on and on. One school even had a crest and a Latin motto, “Summa spes, summa res,” or “High hopes, high things.”

Finding the preschool with the desired educational philosophy, cost, location, full-day or half-day schedule and availability can overwhelm parents trying to balance work and family needs.

“I see the fear in their eyes,” said Amanda Lang, the mother of a 5-year-old and a 3-year-old, who works at a co-op preschool in Haight-Ashbury. “Poor parents!”

Applying to preschools can be an anxiety inducing experience, with parents scheduling interviews and tours and sending in applications with schools only to be “wait-listed.”

The angst has given rise to a cottage industry. One parent started a website called KidAdmit.com to streamline the preschool admission search and application process. The website lets parents search for schools in their city in California and apply online to their chosen schools.

“This generation of parents wonders why can’t I do this online?” said Susan Mees, head of market growth for KidAdmit. “In San Francisco, there are around 250 schools and everyone knows the top schools, but there are plenty more quality programs. There is a feeling of competition, but it always works out.”

If parents start their search early enough, about a year before they want to get a spot, they will find a good fit, preschool directors say.

In the early childhood education world, much attention has been focused on having enough subsidized, affordable slots for low-income kids. San Francisco approved a tax in 2004 to help subsidize or offer free preschool slots for 4-year-olds based on financial need at private and public preschools. There are about 6,200 4-year-olds in the city. The program funds 3,600 pre-kindergarten children at 147 preschools, said Matthew Rector, program administrator for Preschool For All at the First 5 San Francisco Children & Families Commission.

Preschool tuition can bust the budgets of middle class families. The average cost for full-day private programs in San Francisco is on average about $1,400 a month, nearly as much as college tuition, Rector said.

With more than 200 preschools in the city, there is not a shortage of spots, experts say, if parents look to the lesser-known schools that offer high-quality programs.

Mark Kim and Kate Yang, parents who attended the event, said they were looking for programs for their 3½-year-old son and 2½-year-old daughter and have been wait-listed at schools they have called.

They said they just want a school that will help the kids learn to socialize, solve conflicts and be in a loving environment.

“It’s very competitive,” Kim said. “We hear people talk about which schools are the right schools, which is what is motivating me to not be too picky.”

Yang said she feels like parents start the search for schools way too soon.

“I’ve heard of parents looking for schools while pregnant, “ Yang said with a laugh. “Yeah, that’s far away.”