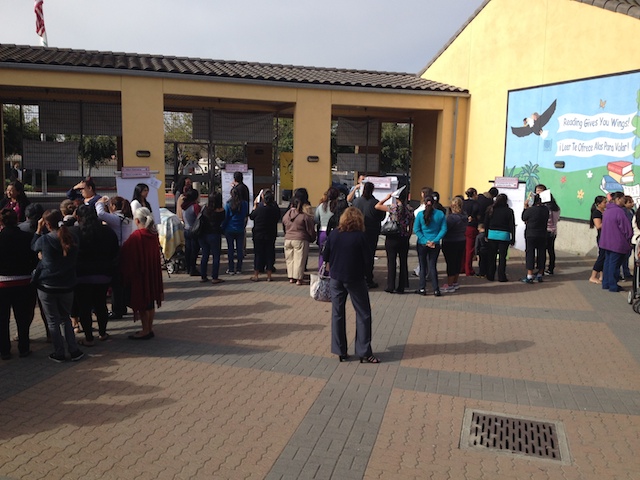 The preliminary draft of the Santa Ana Unified School District’s accountability plan, which boasts efforts to create a more personalized learning experience for all students, is drawing mixed reaction from some community leaders who said they were expecting a more detailed proposal.

The plan was issued last week after several months of meetings with parents, community members and staff to help define which educational strategies the state’s sixth largest district will implement and fund to improve its schools. Santa Ana Unified will receive $39.9 million in new state funding for the 2014-2015 school year as a result of the new Local Control Funding Formula signed into law by Governor Jerry Brown.

California’s new Local Control Funding Formula requires districts to detail how they spend state dollars. Every district is mandated to develop a Local Control and Accountability Plan (LCAP), to identify those expenditures and specify how they will bolster services for high-needs students – low-income pupils, English learners and foster youth.

David Haglund, Santa Ana Unified’s deputy superintendent of educational services, said that among the proposals currently under consideration by the 57,000-student district are plans to provide student with computers and Internet access at home, which would increase the computer literacy of families as well. He said tutoring programs, which are currently funded mainly by grants, could be expanded to more neighborhood schools, as could dual enrollment programs with local community colleges.

Haglund explained that the preliminary plan does not yet fully endorse these ideas because Santa Ana Unified district administrators are spending the next few days finalizing the strategies it hopes to implement over the next three years. As a result, the draft accountability plan does not identify which programs will specifically support its high-needs students nor does it outline how much programs, like extending the school day, would cost.

Haglund stressed that the district sought to confirm that its goals and priorities were aligned with those identified by the school board and community in this preliminary plan before spelling out the detailed strategies, metrics and costs. He said the district, after conferring with board members and some stakeholder groups, would present a fully fleshed out accountability plan complete with expenditures during a May 27 school board meeting. The board discussed the plan during a meeting on May 13.

See the board agenda to review the plan.

“Our goal was to achieve an authentic level of conversation with people,” Haglund said of Santa Ana Unified’s process to develop its accountability plan. “Now, we just have to continue honoring it so we don’t lose it.”

With many in the community calling for a significant reduction to the district’s suspension and expulsion rates, Haglund said staff would receive additional training in positive intervention behavioral supports, which is a less punitive approach to discipline students, emphasizing good behavior and establishing a classroom culture with clear expectations. He added that the district’s plan would also measure the number of lost instructional days due to suspension.

“This is about learning,” he said, “not just about behavior.”

Audrey Yamagata-Noji, president of the Santa Ana Unified Board of Education, said the district’s plan needs some “refinement” and “isn’t out of step” with the board’s vision. Still, she said the board is looking for the next iteration of the plan to differentiate the strategies to serve specific student populations and point out how those efforts will improve student achievement.

Yamagata-Noji explained that since the majority of Santa Ana Unified students are Latino and or English Language Learners she wants district officials to “dig deeper” into its achievement data to ensure that instructional programs are differentiated to support all students. The students, she cautioned, should not be viewed as a monolithic group in terms of their academic needs.

Yamagata-Noji also noted that the district’s top four leaders — the superintendent, along with the head of human resources, educational services, and business services — have come on board over the last year. The 25-year board veteran believes that as a result the school system’s leaders are still trying to fully comprehend the “heart and soul” of the community.

On the other hand, Susan Mercer, president of the Santa Ana Education Association, which represents the district’s 2,600 teachers, believes those new faces have been beneficial in bringing a fresh perspective to the district. Still, she called the draft of the accountability plan “far too general” at this point, with few initiatives that haven’t been implemented in some form in district in the past.

However, Mercer appreciated the collaborative process the district used to develop the plan. She’s also encouraged to see that level of cooperation translated into the district’s new teacher-developed summer enrichment program. The district awarded grants to 53 teacher-led summer programs for students.

“It’s the first time in years that we’ve had something that is not directed top-down,” Mercer said, adding that she’s hopeful that district leaders will continue to model that collaborative management approach as it crafts the accountability plan’s crucial details.

“How these [strategies] are conveyed are really the key,” Mercer said.

Still, Hernandez said district officials should provide parents with a clearer explanation about how the funding formula targets high-needs students so that they have a better understanding about the accountability plan’s importance in shaping their children’s futures. Hernandez said most of the public engagement discussions focused on parents’ concerns and needs but did not tell them enough about the funding formula itself or how it is tied to the accountability plan.  He also thought it would be helpful to have parents and teachers more directly involved in the writing of the plan itself.

“Everyone will benefit to have parent leaders who know what this plan is about and can help carry it though,” Hernandez said. “The district is going to need an army of parents, teachers, and students to do this.”