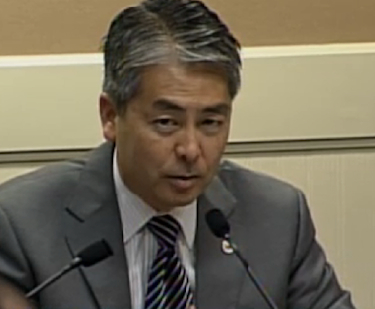 Behind closed doors in coming days, legislative leaders and Gov. Jerry Brown will decide whether to address a complaint that civil rights and parent groups have about the new state funding law: It does not require districts to spell out how they plan to spend the money they are getting for high-needs students, which include low-income children and English learners.

Advocacy groups that fought hard for passage of the Local Control Funding Formula argue that the ability to track expenditures for high-needs students is critical to fulfill the law’s promise of funding equity. They want the state to add a category to the statewide financial accounting system so that districts will be required to report the money they received each year for these targeted students and how they used it. Parents could verify that supplemental dollars went to the students who generated the money.

Under the new funding formula, districts receive an extra 20 percent in supplemental dollars for every low-income child, English learner and foster youth they enroll, plus money on top of that, called concentration grants, if they have large proportions of high-needs students.

“Setting clear guidelines on reporting how districts both receive and use the money is simply a matter of giving the public the information they need to hold policymakers accountable,” Jonathan Kaplan, a senior policy analyst with the nonprofit California Budget Project, wrote in a column in the Sacramento Bee on Tuesday.

At the urging of advocacy groups, budget committees in both the Assembly and Senate adopted the same placeholder language indicating they plan to revise the state accounting manual to include supplemental and concentration grants. The exact language will be negotiated with the governor’s office as part of the trailer bill, which contains the technical language explaining expenditures in the state budget.

Persuading Gov. Brown to go along may take some hard bargaining. The 2013 law establishing the Local Control Funding Formula requires that districts increase or improve programs and services for high-needs students. Districts have to document how the programs will benefit these students in the three-year Local Control and Accountability Plans that they are in the process of writing for the first time. And the LCAP requires districts to calculate and state the annual increase in their supplemental funding.

But, consistent with Brown’s view of local control, the state board didn’t want to tie districts’ hands too tightly. In the temporary funding formula regulations they passed this year, board members did not explicitly require districts to spend all the supplemental dollars on the students who generated the money. And board members did not require districts to distinguish all expenditures in the LCAP by sources of revenue, whether base or supplemental and concentration funding.

At a hearing last month before the Assembly Budget Subcommittee on Education Finance, Chairman Al Muratsuchi, D-Torrance, and Assemblyman Phil Ting, D-San Francisco, said they were surprised the state board did not require more detailed accounting of supplemental funding.

“We are making everybody go though LCAPs with money that’s supposed to be targeted toward these students,” Ting said. “It’s no wonder the public does not have faith in the school system if they don’t know where the money goes.”

The state board may tighten the reporting requirements and make it easier for the public to follow expenditures in final Local Control Funding Formula regulations and the LCAP template, which it will propose at its meeting next month. It has been taking suggestions from the public for improvements for several months.

The Legislature could also take the first step in the trailer bill by requiring districts to designate supplemental funding expenditures as a revenue source in the statewide school accounting system known as the Standardized Account Code Structure, or SACS. Debra Brown, associate director of education policy for Children Now, acknowledged that alone would not enable detailed comparisons of how districts spent their supplemental grants, comparing, say, the effectiveness of an extended day versus smaller classes. SACS expenditure codes currently are very broad, such as books and supplies, salaries, instruction, and pupil services. But Debra Brown said a revenue code for supplemental grants would be the cornerstone, and it must be established in the first year of the new funding system.

Gov. Brown might view establishing a SACS code for supplemental dollars as the first step toward reasserting state control. Before the Legislature started giving districts more authority over spending during the recession, each district had to report how it spent dozens of state-regulated pots of money, called categorical funds – each with own SACS code. Brown, who wanted to get the state out of the role of telling districts how to spend money, eliminated most categoricals with the Local Control Funding Formula,.

Temporary regulations on implementing LCFF, official template for creating a district LCAP as adopted by State Board of Education, January 2014

Or Gov. Brown might buy advocates’ case that a SACS code for supplemental and concentration funding is critical for parents and others to verify that money intended for low-income kids and English learners is being spent on them.

“We were very clear in supporting LCFF (the funding formula) that in exchange for local control, there would be greater transparency,” said Liz Guillen, director of legislative and community affairs for the nonprofit Public Advocates. She said the issue is not reestablishing state power over spending. “For local control to be meaningful, people have to have information,” she said. “This request is not around the use of funding, it’s on the visibility of it.”