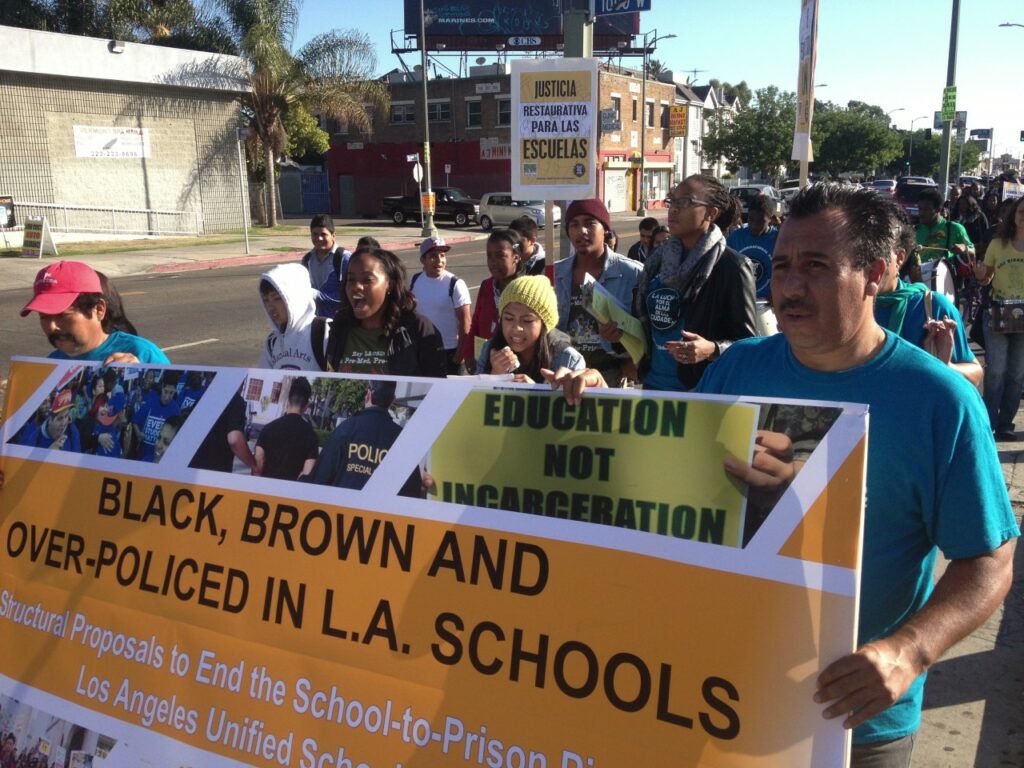 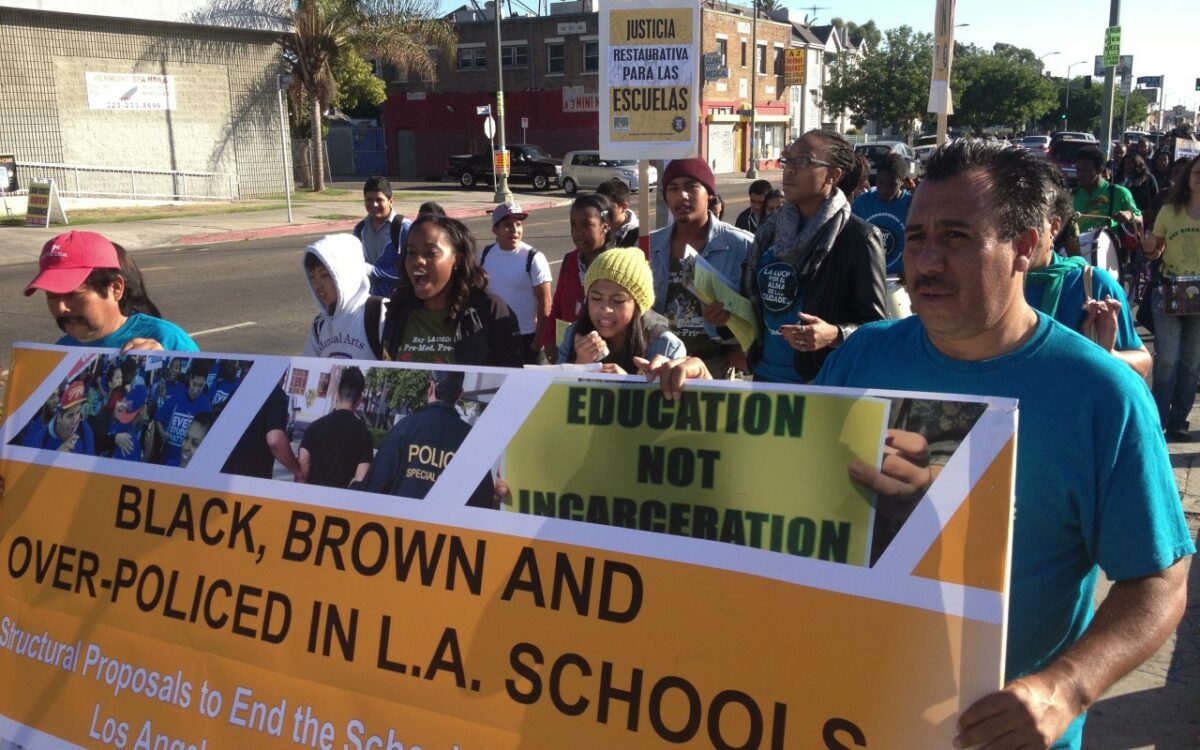 This story has been updated to include comments from Los Angeles Unified School District.

Students involved in relatively minor offenses on school campuses will no longer be cited or arrested under Los Angeles Unified’s new policy, which takes effect this school year and spells out alternatives district police officers must follow.

The policy, which was formalized in August, requires district police to refer students to school administrators or an off-campus city resource center if they are involved in crimes, such as theft, damaging school property, fighting, or possession of tobacco, alcohol or marijuana.

The policy also limits arrests for battery unless there is an injury that requires medical attention or a pattern of repeat offenses. Students who have committed battery would also be sent to a FamilySource Center or YouthSource Center (for older youth), which are staffed by the city and the district. The changes affect students who are 13 through 17.

“Juvenile court should be the last resort for youth who commit minor school-based offenses,” said Los Angeles County Juvenile Delinquency Court Judge Donna Groman in a news release. She said schools are better equipped to address school-time behavior through restorative justice and other alternative means. “I applaud LAUSD and will ensure that the new policy is shared both nationally and statewide as a model response,” Groman said.

For the past couple of years, district police have informally been following this policy after community organizations and the federal government took issue with the disproportionate numbers of African-American and Latino students cited or arrested for relatively minor offenses, entangling them in the juvenile justice system at often young ages. In 2012-13, the L.A. school police department issued about 3,499 citations compared to 7,740 in 2011-12, said Zoe Rawson, a legal advocate with the Community Rights Campaign, which along with Public Counsel, a public interest law firm, has been working with the district to change the approach taken by school police.

“Citations were the response to almost anything that happened,” said Zoe Rawson, a legal advocate with the Community Rights Campaign.

“Citations were the response to almost anything that happened,” Rawson said. “Although they have been decreasing dramatically, we needed an official policy that spells out a process for how kids are referred to alternatives.”

Even though things are improving, Rawson said, in 2013 L.A. school police made nearly 1,100 arrests, with 94.5 percent of those arrested being African-American or Latino students. African American students made up less than 10 percent of the population, but received 31 percent of all arrests.

Some bad behaviors, such as possessing tobacco or stealing something worth less than $50, automatically will go to a school administrator, Rawson said. Administrators will be relying on restorative justice practices, where students have to make amends for the problems they have caused. For example, if a student used spray paint on a school wall, that student could be required to clean off the graffiti and apologize to the school community. More serious offenses could require the student to go to the off-campus resource centers, where counselors can determine what the surrounding circumstances are and deal with the root causes of the misbehavior. Students and their families can get help, such as enrolling in a substance abuse program.

“Our officers will work with school administrators to provide the most appropriate intervention and resolution of an incident without an arrest or a citation for certain offenses,” said school police Chief Steve Zimmerman in a news release. For example, an officer may talk to a student, issue a warning or provide an opportunity for the youth to de-escalate the behavior. Next step for a first-time offender would be a referral to a school administrator or to a diversion program. The changes apply to students, ages 13 through 17.

In addition, if police need to arrest a student, the officer should consider ways to not disrupt the learning environment if students do not pose a threat, Rawson said. Instead of pulling a student out of class, for example, the officer could wait until the class was dismissed.

“This is another of many policy shifts intended to decriminalize student behavior, when possible, and to keep youth in school and out of the juvenile justice system,” said Superintendent John Deasy in a news release.

The new policy follows the passage of the School Climate Bill of Rights by the L.A. Unified School Board in May 2013 that “laid out a vision of where we want the district to go,” said Ruth Cusick, an attorney with Public Counsel. Zipperman “has been a good-faith partner at the table with us,” she added.

The policy is based on the idea of a “graduated response intervention model” promoted by a Georgia judge, Steven Teske, in a 2011 report. The model “recognizes that students that may have committed the same offense have different needs and different risk levels,” Cusick said. She pointed out that 45.5 percent of students receiving citations in the first half of 2013 were 14 years old or younger.

“These are children in need of support and resources rather than a school response that previously had been so harsh,” Cusick said.

However, L.A. Unified is not requiring that police officers contact parents or another adult chosen by the student before interrogating students, something that has been put in place by three other unified districts – Pasadena, San Francisco and Oakland.

“Unfortunately, we have nothing yet around interrogation and questioning,” Rawson said.