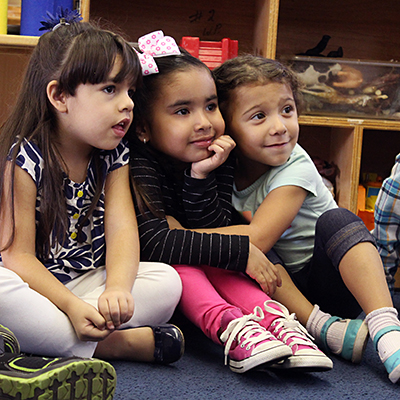 Head Start would get a $1 billion boost under the bipartisan appropriations bill introduced Tuesday in Washington, D.C., more than eliminating the cuts caused by the sequester.

The federal child care and education program that serves more than 100,000 children in California, was one of the winners in the $1.1 trillion spending plan. The new plan allocates $8.6 billion to Head Start, restoring full funding to the program that lost an estimated 57,000 slots for children under the 5 percent budget cuts triggered by sequester, according to Education Week’s detailed account of education spending allocated in the bill.

But the bill does not provide any money at all for Obama’s Preschool For All initiative. The president was seeking $750 million for new grants to provide states with funding to get universal public preschool programs up and running. However, the initiative is still in play in Congress in the form of a bill, called the Strong Start for America’s Children Act, introduced late last year by Reps. George Miller, D-Martinez, and Richard Hanna, R-N.Y., in the House and Sen. Tom Harkin, D-Ill., in the Senate.

Lawmakers have until Saturday to consider the 1,582-page bill, according to the Washington Post. Both Democrats and Republicans are supportive of the budget compromise, the Post reported, so the bill may be on Obama’s desk by early next week.