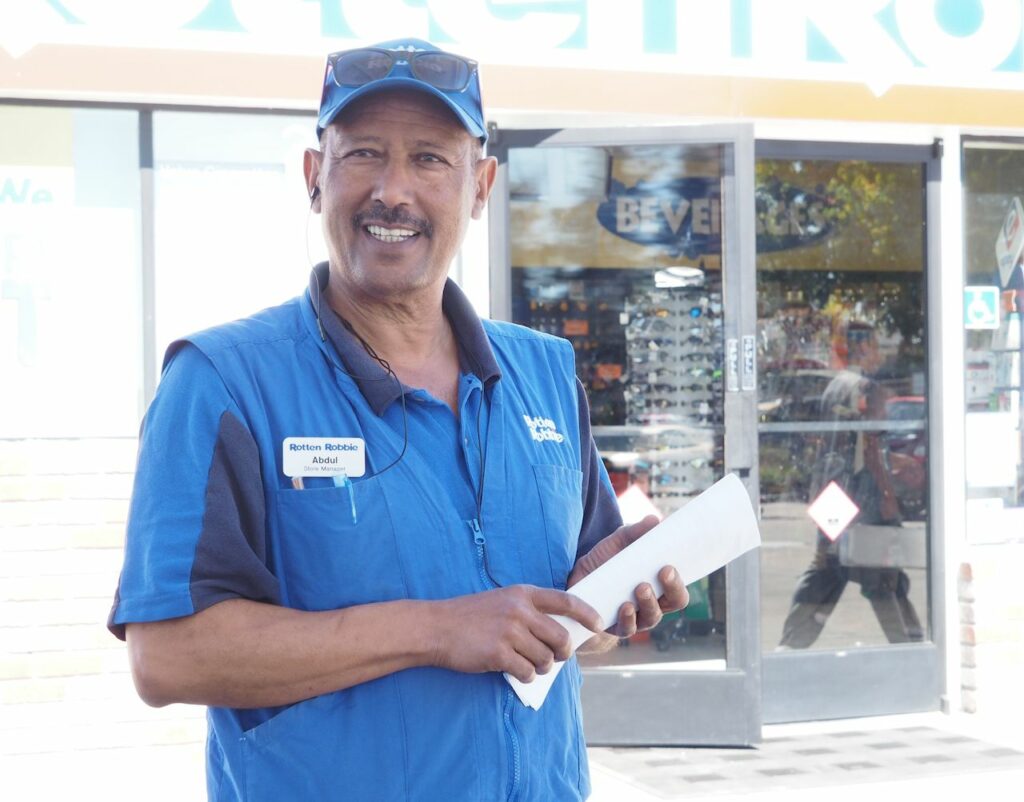 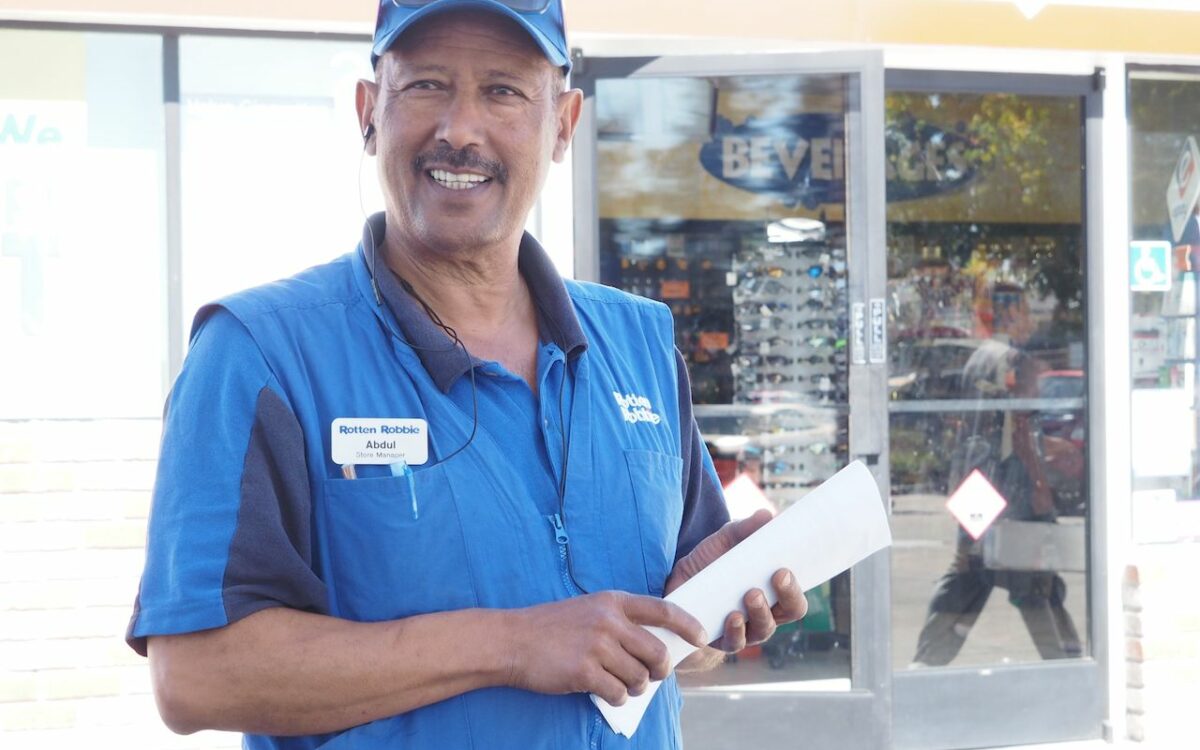 For many years, some students from Hayward’s Mt. Eden High School would cut class to go to a nearby convenience store. They would climb a chain-link fence surrounding the school and cross the street to the Rotten Robbie gas station’s store, where they would buy soda, chips and candy. No more.

This year, local police and Hayward Unified school officials went door to door and asked businesses to refuse to serve school-aged youths during school hours. If students persist in coming during the school day, merchants are given a phone number to call police, who take the truants back to school.

“The objective is not to arrest them,” said district Superintendent Stanley Dobbs. Instead, he said, “we provide services to make sure our students who have fallen get across the line.” The program is part of Dobbs’ campaign to engage the community in supporting its youngest citizens.

Child Welfare and Attendance outreach workers from the school district meet with every truant student – and their parents, school counselor and the assistant principal – to determine what needs to change so the student will stop skipping school.

Help could include connecting students with a counselor for behavior or substance abuse problems, getting them enrolled in an after-school program to catch up on missing credits so they can graduate, or sending them to a clinic if there are health issues that prevent them from attending school regularly.

“We’re trying to knock down as many barriers as we can,” said Andrew Kevy, Hayward Unified’s coordinator of Child Welfare and Attendance. “Building resiliency and getting rid of bad habits are the most difficult to address.”

The district of more than 22,000 students is located in Hayward, which is south of Oakland in the San Francisco Bay Area. About 70 percent of the students receive free and reduced-price meals.

The district gave businesses decals – saying “Made in Hayward” in English and Spanish – to put on their store windows to let youths know that the merchants are participating in the anti-truancy program.

“It is a really good model of community cooperation,” said Hedy Chang, director of Attendance Works. “And they stayed on the positive: ‘We don’t want to arrest you or hurt you, we just want you to stay in school.’ ”

“I automatically agreed to participate,” said Rotten Robbie gas station manager Abdul Siraj. “When they are hanging out away from school, they are wasting their time instead of getting an education. I have kids, and I don’t want that for any kid. It’s not positive.”

His participation in the program has not hurt his business. Now, after the school day ends, the high school students line up by the dozens outside the store, waiting eagerly to buy snacks. The crowd is so big that a store employee blocks the door, allowing just a few of the teenagers inside at a time.

Although other districts have sought help from businesses, Hayward’s combination of engaging business and law enforcement while remaining positive, rather than punitive, is unusual, said Hedy Chang, director of Attendance Works, a national initiative that promotes partnerships to boost school attendance.

“It is a really good model of community cooperation,” Chang said. “Providing a police escort is something I’ve never heard of before. And they stayed on the positive: ‘We don’t want to arrest you or hurt you, we just want you to stay in school.’ ”

Truancy is a serious problem in Hayward, Kevy said. In the 2012-13 school year, the most recent where data are available, Hayward Unified had a truancy rate of 50 percent, compared with 32 percent for Alameda County and 29 percent statewide. Students are considered by law to be truant if they have at least three unexcused absences or are more than 30 minutes late to class on three different days.

Between January, when the program began, and June 2014, police had 80 calls regarding truant students, Kevy said. About a third of them were seniors who were not on track to graduate, he said.

More important than the truancy rate is the chronic absenteeism rate, Kevy said. Students are considered chronically absent if they miss 10 percent or more of the school year, even if the absences are excused. In Hayward in 2013-14, 9.6 percent of its 22,272 students were chronically absent, according to district data.

“A student could have straight-A’s and miss three periods during the year,” Kevy said. “But if they miss 10 percent of the school year, even if it is because of a medical condition, they are at risk of not graduating.”

Hayward is considered ahead of most school districts because it is collecting data so it can focus on chronic absenteeism.

Hayward Unified is part of Alameda County’s Truancy Referral Program, which is considered a model in the state because of its success in helping truant students change their behavior. The program brings together public health and social services officials, the juvenile justice system and community service organizations to help when a student is chronically absent, whether it is the result of illness, behavioral issues or homelessness.

In addition, parents can be brought to Truancy Court if other efforts to get their children to school fail. The court officials try to work with parents rather than being punitive. The results have been positive, with 86 percent of students who are sent to the court no longer skipping school.

Before being brought to court, parents are referred to the district’s School Attendance Review Board, which is composed of parents, school officials, community members and representatives of law enforcement, welfare and health departments.

Hayward parent Shamela Carr, a single mother with three children, was referred to the district’s review board. At one point, each of her children was in a different school level – one in elementary grades, one in middle school and one in high school. Sometimes one child was late to school because it was difficult getting them to three different schools in the morning, Carr said.

At the same time, Carr’s oldest daughter was recovering from a serious car accident, while her daughter in middle school suffered from chronic asthma. Carr sometimes wrote notes excusing her daughter with asthma from coming to class because her medication made her sleepy. Nationwide, asthma is the leading cause of school absences, accounting for more than 1.6 million missed days of school in California alone, according to the U.S. Centers for Disease Control and Prevention.

Carr said the review board helped her understand how important each day of school was for her children.

“I made sure they always did their homework,” she said, “but I didn’t know missing school once in a while was really that serious. Now I know if you miss a day, you miss a lot.”

Absences from school – excused or not – have been shown to result in lower test scores and grades. If absences accumulate, students are in danger of falling so far behind that they cannot graduate. In addition, districts lose money because their funding is based on attendance, not enrollment.

Hayward’s latest approach, involving businesses in the effort, is beginning to show some results since its inauguration in January. More than 100 businesses, the city and several churches have joined the anti-truancy program, Dobbs said.

School resource officer Denny Rabino, one of eight who work in Hayward schools, said now that the program has been going for several months, police “get 10 kids in a truancy sweep instead of 40 kids.” However, he added, it is possible that truants are staying off the streets but still skipping school.

Siraj said some students tried to sneak into his store when the program began, hiding behind other customers. But when Siraj pointed to the “Made in Hayward” decal, they left.

Michelle Heluta, manager of a Togo’s on Jackson Street, near Bret Harte Jr. High and Hayward High, said groups of students used to stop in the restaurant during school hours a few times each week.

Right after the program began, some students took a chance and came to Togo’s during the school day, but Heluta called the campus school resource officer.

When police showed up, students “were shocked,” Heluta said, adding that they no longer come during school hours. “It seems like the word has gotten around really quickly,” she said.