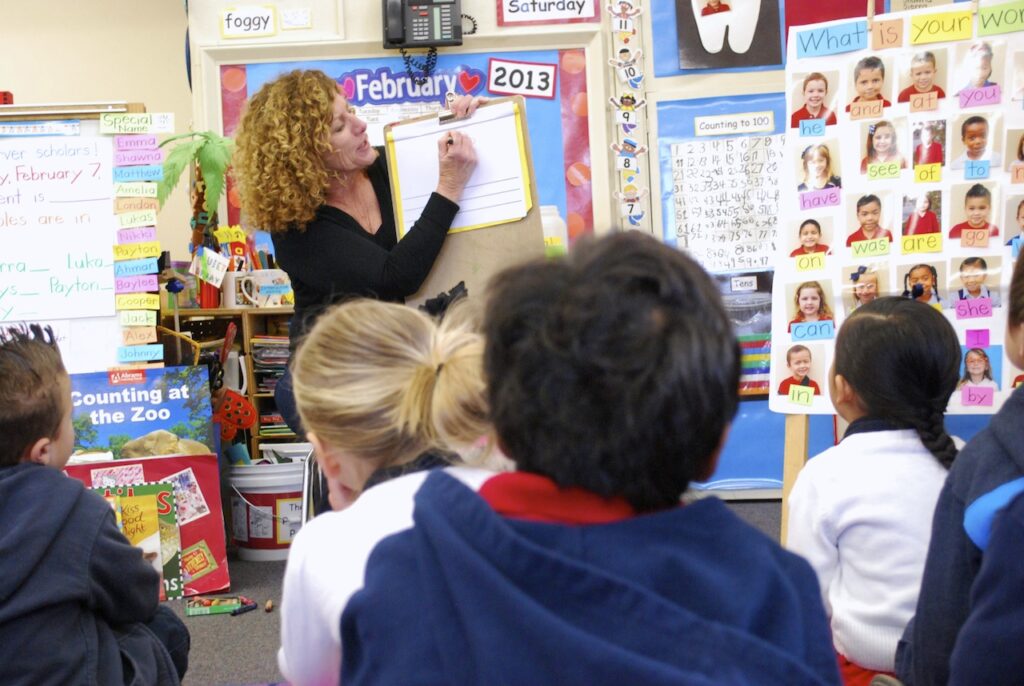 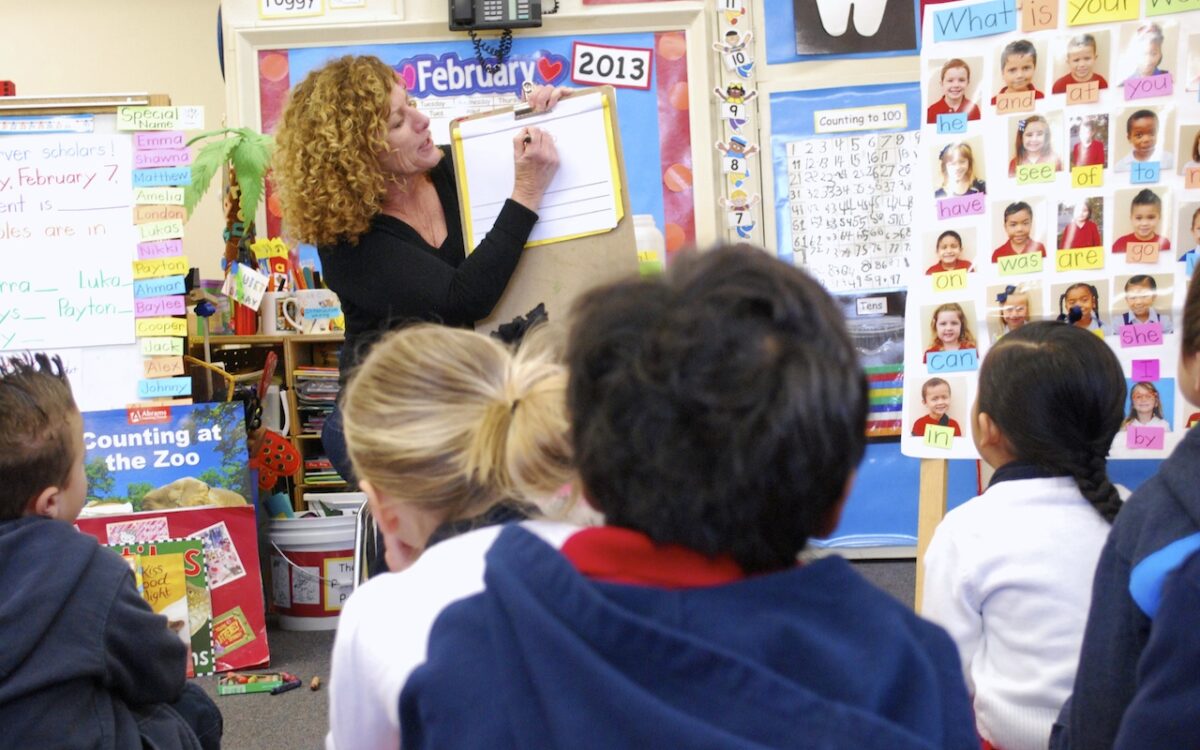 Gov. Jerry Brown vetoed bills to mandate kindergarten and tinker with aspects of the state’s new school funding formula, and he signed bills providing more protections for student privacy as he rushed to review a sea of bills this week to meet the Sept. 30 deadline for acting on legislation.

He also signed bills that would:

Following are highlights of the actions Brown took.

Kindergarten: Reflecting heightened attention to the importance of early childhood education, Assemblywoman Joan Buchanan’s Assembly Bill 1444 would have required a year of kindergarten as a prerequisite to entering first grade. Currently only four out of five kids attend district kindergarten programs; 16 states have compulsory kindergarten attendance.

But in his veto message, Brown said, “I would prefer to let parents determine what is best for their children rather than mandate an entirely new grade level.”

Student privacy: Assemblywoman Joan Buchanan, D-Alamo, was successful in getting Brown to sign AB 1584, one of several bills focusing on the privacy of student data and the Internet. Her bill will protect students’ digital records from access by vendors contracted by a district. An accompanying bill, SB 1177, by Senate President pro Tem Darrell Steinberg, will prohibit  companies with access to student records from profiling students for targeted advertising. AB 1442, by Assemblyman Mike Gatto, D-Los Angeles, will require a district or charter schools that uses a program to troll social media and Internet sites for information about students to first notify students and parents and provide an opportunity at a hearing for public comment.

A new law will protect students’ digital records from access by vendors contracted by a district.

Local Control Funding Formula: A year ago, Brown led the overhaul of the state’s K-12 funding system and moved authority over funding decisions to local districts with the adoption of the Local Control Funding Formula. July 1, 2013 marked the first year under the new funding formula, and the State Board of Education has been in a year-long process of adopting regulations for the budget and academic priorities – the Local Control and Accountability Plans – that are a key element of the system.

Brown has said he wants to see the new system work before altering it, and he reiterated that in vetoing two bills that would have made modest changes to the LCAP process and accountability system.

Attendance: Attorney General Kamala Harris declared chronic absenteeism an urgent problem affecting everything from school climate to dropout rates, but Brown vetoed the two most substantive of the five attendance bills she sponsored. He signed two smaller attendance bills and the fifth stalled in committee.

Brown signed AB 1643, by Assemblywoman Joan Buchanan, D-Alamo, which adds a representative of the county district attorney’s office and the county public defender’s office to school attendance review boards, and AB 2141, by Assemblyman Isadore Hall III, D-Compton, which requires prosecutors to report to districts the outcome of mediation or prosecution.

Abuse reporting training: Brown signed AB 1432, by Mike Gatto, D-Los Angeles, which requires school employees to complete annual online training in how to recognize and report suspected child abuse and neglect. Gatto said the training is intended to remind school employees that they must report suspected abuse even if it involves their co-workers.

Charter schools: Brown started two charter schools while he was mayor of Oakland, and charter schools have relied on his vetoes to protect them from bills they view as unfair or restrictive. He obliged this year by killing AB 913, by Assemblyman Ed Chau, D-Arcadia. Pushed by the California School Boards Association, it would have required charter schools to adopt conflict of interest policies that mirror those followed by governing boards of school districts and adopt other restrictions to prevent possible inside deals involving charter board members. In his veto message, Brown wrote, “Starting a charter school requires the strong commitment of dedicated individuals willing to serve on a governing board. While I support transparency, this bill goes further than simply addressing issues of potential conflicts of interest and goes too far in prescribing how these boards must operate.”

Brown vetoed  a bill that would have required charter schools to adopt conflict of interest policies that mirror those followed by governing boards of school districts and adopt other restrictions to prevent possible inside deals involving charter board members.

Computer science: Brown approved a trio of bills that will increase the emphasis on computer science in schools. Proponents say the measures will ensure that all students receive a basic understanding of computer programming, a vital skill in the modern workforce. AB 1539, by Assemblyman Curt Hagman, R-Chino Hills, requires the State Board of Education to consider adopting computer science standards for grades 7-12, while SB 1200, by Sen. Alex Padilla, D-Pacoima, requires public colleges and universities to establish standards for high school courses that will be accepted at postsecondary institutions. AB 1764, by Assemblywoman Kristen Olsen, R-Modesto, authorizes school boards to award students a third year of math credit for completion of a computer science course.

Three additional bills in a package of legislation intended to increase the focus on computer science stalled in committee.

Cal Grants: The state’s Cal Grant scholarship program received a boost, with the governor approving bills that are intended to increase the amount of some awards, as well as remove what one lawmaker called a procedural “flaw” that unfairly blocks some students from receiving the awards.

The governor signed a pair of bills that are intended to increase the amount of money available under the Cal Grant B program, which currently offers up to $1,473 for qualifying students.

AB 2160, by Assemblyman Phil Ting, D-San Francisco, requires public high schools to electronically submit the grade point averages for all graduating seniors to the California Student Aid Commission, which administers Cal Grants. Failure to submit a GPA to the commission is the second-most common reason why students do not receive Cal Grants, Ting wrote in a UT San Diego editorial about the bill. Several types of Cal Grants are available to students, with the maximum award offering up to $12,912 per year to qualifying students to help pay for college. The average Cal Grant award is $4,650, Ting wrote.

The governor also signed a related pair of bills that are intended to increase the amount of money available under the Cal Grant B program, which currently offers up to $1,473 for qualifying students. SB 798, by Sen. Kevin de León, D-Los Angeles, creates the College Access Tax Credit fund, which offers a tax credit to those who contribute to the fund. The bill’s companion piece, SB 174, also by de León, will use the money from the fund to increase Cal Grant B awards to up to $5,000.

Brown vetoed another bill, AB 1976, that would have increased the number of Cal Grants that can be offered each year. The awards are now capped at 22,500 per academic year. In his veto message, Brown said the aid commission is working to ensure that as many qualified students as possible receive the awards, without exceeding the cap. “I would like to allow the commission some time to get it right,” Brown wrote.

Along with the new funding system, last year the Legislature laid out long-term plans for a new statewide standardized testing system. There were no bills of that magnitude this year, but the Legislature did reach compromises on three contentious issues, which EdSource Today has covered:

Teacher dismissals: AB 215, by Assemblywoman Joan Buchanan, D-Alamo, would make it less costly and quicker to fire teachers charged with sexual assault and other forms of egregious misconduct, and shorten the period for all dismissals, including for poor performance (see previous story).

Student discipline: AB 420, by Assemblyman Roger Dickinson, D-Sacramento, would prohibit schools from expelling students for “willful defiance” or disruption of school activities, and prohibit schools from suspending K-3 students for that reason. The law is one of several that signal the state’s commitment to support more positive disciplinary approaches (see previous story).

Community college bachelor degrees: SB 850, by Sen. Marty Block, D-San Diego, sets up a pilot program allowing up to 15 community colleges to offer bachelor’s degrees in vocational subjects. The degrees can’t duplicate one already offered by a California State University or University of California campus. Proponents said the bill represents an historic first in California, where community colleges have been limited to offering associate degrees or certificates (see previous story).