District LCAPs must include student input 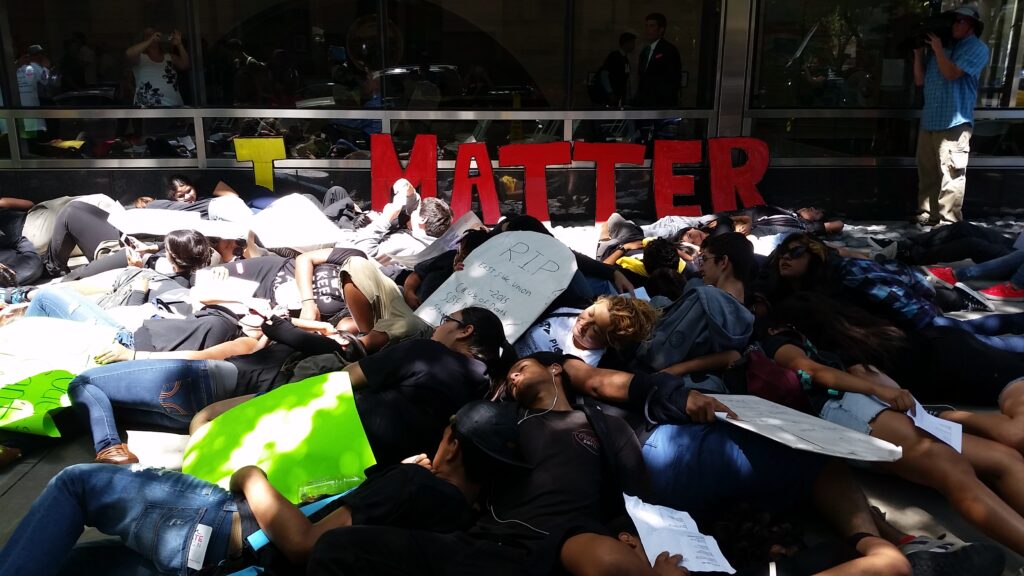 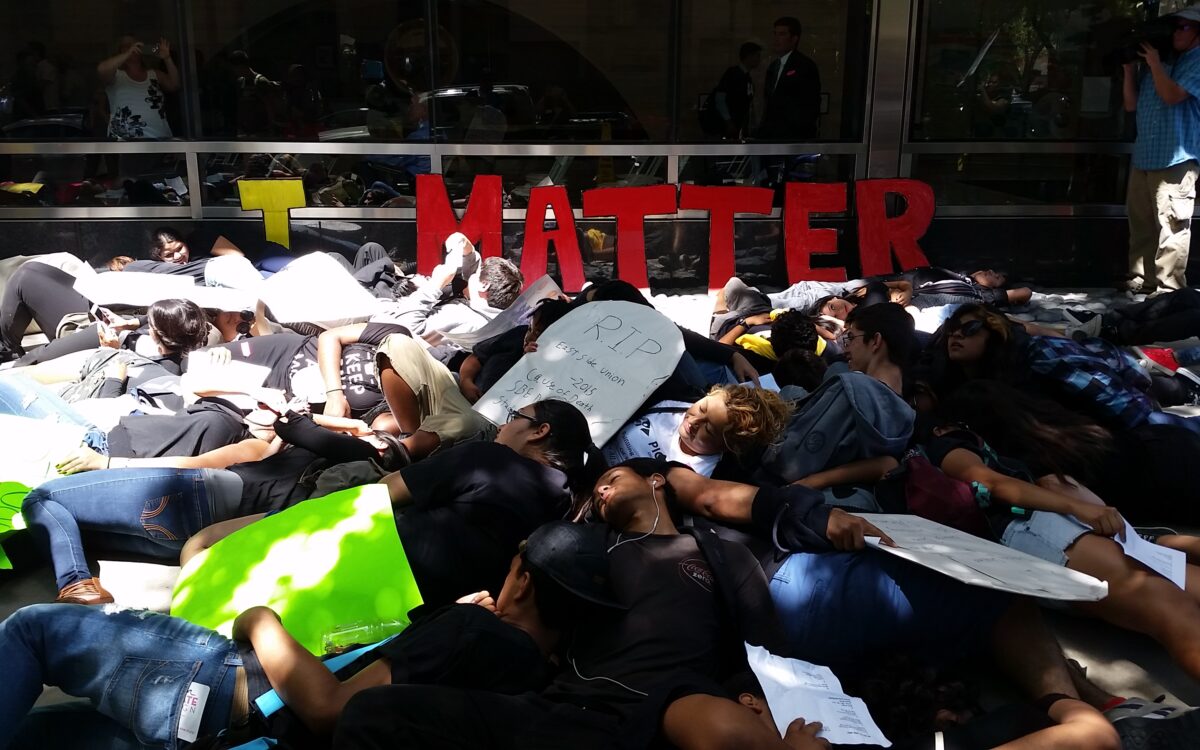 Members of the Student Voice Campaign state a "die-in" in front of the state department of education building in Sacramento in July to symbolize their belief that their voice is not being heard in discussions about the LCAP.

Members of the Student Voice Campaign state a "die-in" in front of the state department of education building in Sacramento in July to symbolize their belief that their voice is not being heard in discussions about the LCAP.

School districts must specifically seek student input in developing their Local Control and Accountability Plans under the revised regulations being considered for adoption by the State Board of Education Friday.

While the state school funding law always required that students, along with other stakeholder groups, be consulted as the accountability and budget plans were crafted, there was no specific guidance given to districts about how they should seek student input. However, there were requirements about which parent groups had to be advised about the plan. For example, districts had to present their plans to parent advisory committees and English Language Learner parent advisory committees and incorporate their suggestions and revisions when appropriate. The three-year accountability plans detail how districts will address state-mandated priorities, especially when it comes to improving services for “high-needs” students, defined as low-income pupils, English Learners and foster youth.

Now, according to the regulation changes, districts must develop a process that would allow students, including high-needs students, to “review and comment on the development of the LCAP.” Those outreach efforts can include student surveys, forums and meetings with student government members or other student groups, like student advisory committees.

Members of the Student Voice Campaign, who spent the last 10 months lobbying, demonstrating and speaking about the importance of seeking student feedback in the accountability and budgeting process, said they were heartened by the revised regulations and hope to build on the momentum of their successful efforts. Some members of Student Voice, which is a coalition of youth organizations across the state, are expected to address the state board during its meeting Friday.

“For us, this is just the first step in our overall vision to change how students are perceived in the public education system and in civic engagement,” said Saa’un P. Bell, the lead organizer in Oakland for Californians for Justice, an adult- and youth-led advocacy organization that helped students form Student Voice.

Naudika Williams, a 15-year-old Oakland High School sophomore, credits Student Voice’s persistent and personal campaign for clearly identifying why students had to be involved in the creation of district accountability plans.

At a state board meeting in May students held numbered masks over their faces to symbolize their belief that districts view them as statistics rather than people. During that meeting, students shared personal stories about their classroom experiences. In July, about 150 students dressed in black staged a “die-in” (as opposed to a sit-in) by lying down in silence in front of the state education building in Sacramento to mourn the loss of student input throughout the accountability plan process.

“If students didn’t get a formal process, if we had no opportunity to give our voice – our voice was considered dead,” Williams said.

A Student Voice Campaign survey of 35 students who were involved in the accountability plan process in their eight school districts found that almost two-thirds said they were not clearly told how their feedback would be used to draft the LCAP. Meanwhile, EdSource found that seeking student input was an uneven process in the seven districts it tracked this year as each implemented the new education funding law. Some had minimal input from their students, while others conducted student surveys and held several meetings with high school leaders.

Raul Montellano, a 14-year-old sophomore who attends Fresno High School, said there was little feedback sought from students in his school district about the LCAP. Montellano, who plans on addressing the state board Friday, said students are the “experts of the classroom” and as a result they should have more power to help address the needs of the state’s students.

Both Williams and Montellano said they, along with other Student Voice members, would hold districts accountable for ensuring students are involved in future LCAP revisions and updates. Bell added that Student Voice members want to make certain that districts are evaluated on how they engage students. She said the group also might lend their voice to debates regarding the lack of adequate instructional supplies and technology for teachers to implement Common Core-aligned curriculum.

“We’re not trying to be mean or dominate [discussions],” Williams said. “We just want to be on an equal level. I believe if we work as partners, we are going to be a lot more successful.”