Deal announced on teacher dismissal bill that governor would support 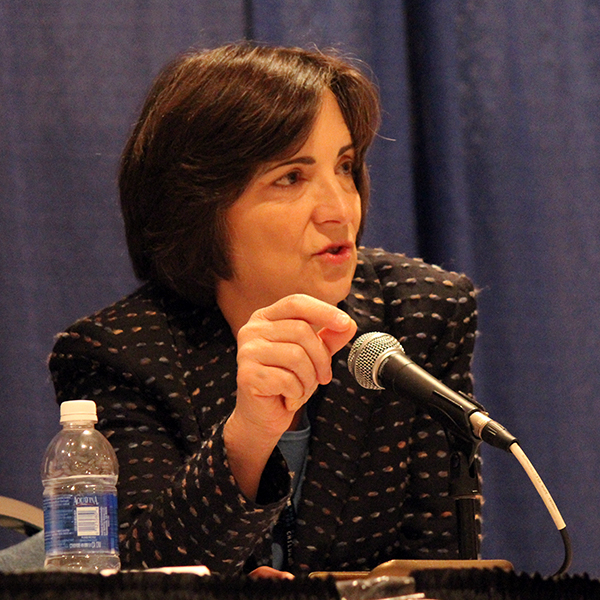 (This story has been updated to include a reaction from the California School Boards Association.)

Buchanan praised the compromise that was reached, and said that Gov. Jerry Brown, who vetoed her version of the bill last year, would sign it. Brown spokesman Jim Evans confirmed in an email, “As introduced, the Administration supports Assemblymember Buchanan’s approach.”

“I want to thank the education community for its willingness to continue to work on this critical issue,” Buchanan said in a statement. “We share a common goal of keeping our children safe and providing a fair and efficient process.”

In a further sign of movement, Bill Lucia, CEO of EdVoice, an advocacy organization, said he would withdraw a proposed ballot measure dealing with teacher dismissals if Buchanan’s Assembly Bill 215, as proposed, becomes law by mid-June. In an unusual alliance, Lucia and the California Teachers Association, who have clashed over teacher evaluations, charter schools and, until now, teacher discipline and dismissals, issued a joint statement praising the compromise and each other’s efforts.

“AB 215 is the culmination of several years of effort by diverse stakeholders to address the need to reduce the complexity and cost of suspension and dismissal appeals,” Lucia said. “EdVoice is pleased to support and join the hard work of the CTA in arriving at these needed and significant improvements to current law.”

The California School Boards Association, which led the opposition to Buchanan’s AB 375 last year and submitted its own bill this year with some similar elements to AB 215, was not included in the negotiations with EdVoice and the Brown administration. Update: In a statement issued several days after the release of the Buchanan bill, the association, said, “While there are a number of positive aspects of AB 215, there are also a number of deficiencies that do not adequately address and protect our students, parents and staff.” It said that one is the failure to include charges of violent and serious felonies as a reason for a mandatory leave of absence. The association said it would continue to lobby for its own bill.

Most of the big changes in Assembly Bill 215 would apply only to charges of egregious misconduct – acts that would include sexual abuse, child abuse and some drug crimes. While these make up a small percentage of firings – most dismissal cases are for unsatisfactory performance – they also are the most horrific, threatening children’s health and safety.

Superintendents already can immediately suspend teachers suspected of immoral conduct. Usually this has been done with pay, and districts have complained that the firing process can take too long and cost hundreds of thousands of dollars. Lucia cited cases in which districts, to avoid costly hearings, reached resignation or transfer agreements in which they agreed to remove charges from a teacher’s record and not report them to the California Commission on Teacher Credentialing. The commission has the authority to revoke teacher licenses.

AB 215 would address these complaints by:

Buchanan said that Brown had opposed limits on evidence and refiling of charges that were in AB 375, saying he wanted to give districts more flexibility. AB 215 removes them for cases involving egregious misconduct but applies them to other dismissal charges.

A series of high-profile sex abuse cases (among them, here, here and here) had turned the heat on the Legislature to strengthen the state’s dismissal laws. But lawmakers failed to do so during the past two years after contentious debates. In 2012, the state’s teachers unions pressured Assembly Democrats to bottle up a bill sponsored by Sen. Alex Padilla, D-San Fernando Valley, that they said would erode due process rights and could expose them to dismissals based on false charges. Last year, Buchanan worked with the California Teachers Association on AB 375, which she said represented a good-faith effort at compromise, only to have Brown veto it while encouraging her to try again.

At first she was reluctant, she said in an interview, but did in the end. “All parties put in hundreds of hours working through this,” Buchanan said. “AB 215 is fair and holds to our core belief that people who abuse children should not be in the classroom.”