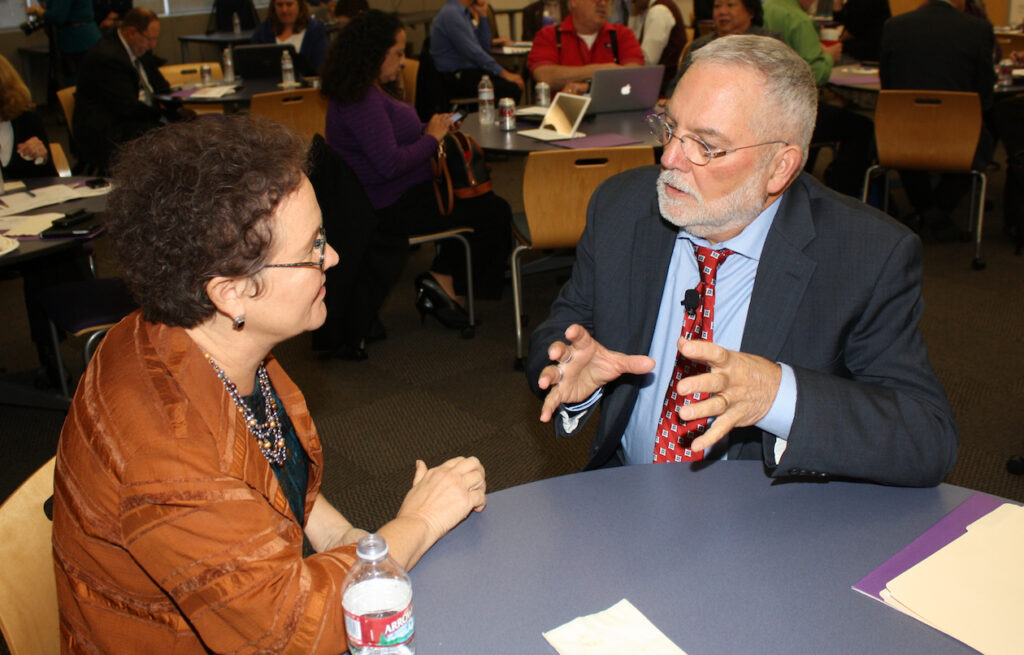 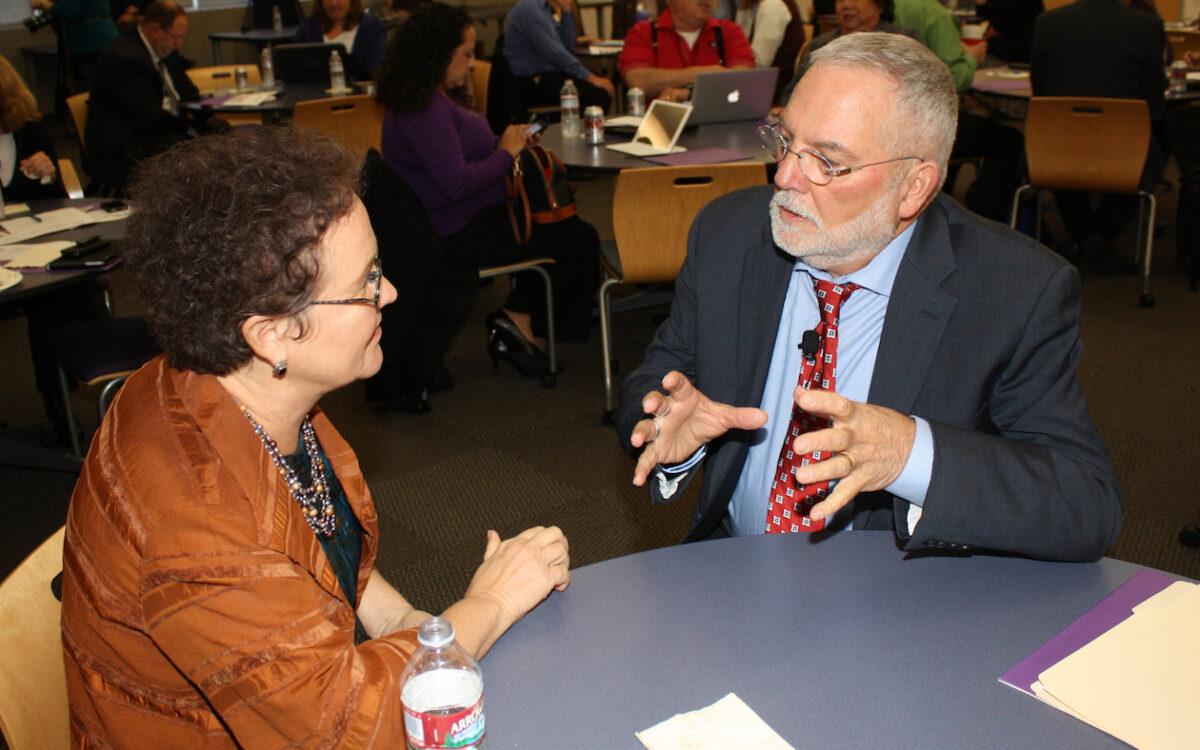 With $6.6 million in support from foundations, the California Teachers Association is teaming up with two Stanford University-affiliated organizations to provide training in the Common Core and the state’s new science standards that aims to reach tens of thousands of California teachers in three years.

A newly established Instructional Leadership Corps, with 160 teacher leaders and two dozen administrators in its first contingent, will lead the effort in the current school year. Teams of two instructors will lead multiple workshops for at least 100 teachers on strategies for teaching the new standards.

CTA President Dean Vogel said the union’s involvement signals that most of its 325,000 members remain enthusiastic about the new standards at a time when many teachers outside California are voicing doubts or turning against Common Core. Opposition is particularly building in states where teachers will be evaluated by students’ performance on Common Core tests, he said.

For Common Core to be introduced effectively, Vogel said, teachers should be involved in planning and leading the training, he said, because teachers trust the advice and practices shared by their colleagues. Rather than presented at one-time conferences, training should be collegial, with teachers working together around specific curricular needs over a long period of time, added Linda Darling-Hammond, a Stanford Graduate School of Education professor who has helped to organize the project.

Darling-Hammond said that teacher and principal training in the new standards has been “uneven” throughout the state. Some leadership corps members are from districts with extensive professional development. But in many of the state’s 1,000 school districts, many of them small, she said, “people are grabbing whatever they can with no guided process to decide what is quality and what is not.”

California is among 43 states that have adopted the Common Core State Standards in English language arts and math. Last year, it became an early state adopter of the Next Generation Science Standards, which, like Common Core, stress analytical thinking and a conceptual understanding of science. While the Smarter Balanced Assessment Consortium tests on Common Core will be introduced next spring, tests on the new science standards are likely four years away.

“Common Core has created an opportunity to break from mistakes of the past decade and to let teachers determine decisions affecting the classroom,” said Fresno Unified teacher Adam Ebrahim.

Each teacher trainer this year will receive a $2,000 stipend. At the end of three years, several thousand teachers are expected to have received leadership training at their schools, expanding the project’s reach to 50,000 teachers and administrators, according to CTA. Districts will be asked to fund the workshops from their professional development budgets. The project will produce curriculum materials in the second and third years.

After three years, Darling-Hammond said, “we should end up with widespread, thoughtful expertise across the state.”

CTA is partnering with the Stanford Center for Opportunity Policy in Education or SCOPE, a research organization affiliated with the Stanford Graduate School of Education, and the National Board Resource Center at Stanford University. The center serves California teachers with National Board certification, a multi-year process that recognizes the efforts of accomplished teachers. National Board certification requires that teachers demonstrate their ability to teach higher-level skills, such as problem-solving and critical thinking, that are integral to Common Core, she said.

CTA has an instruction and professional development department and has offered regional programs and an annual summer institute in Los Angeles. But it has not led teacher training of the magnitude of the leadership corps.

“In my 15 years in California, I have not seen a teacher-led professional development initiative on any substantial scale,” Darling-Hammond said.

California districts have tended to rely on outside vendors for professional development, she said. After the adoption of the California state standards in English language arts and math in the late 1990s, publishers whose textbooks were chosen by the State Board of Education led the teacher training. That led many districts to adopt uniform, scripted criteria that many teachers disliked.

But, consistent with the move to local control under the state’s new funding formula, districts have latitude to implement Common Core and the Next Generation Science Standards and can adopt whatever curriculum materials they choose.

“Common Core has created an opportunity to break from mistakes of the past decade and to let teachers determine decisions affecting the classroom. Many teachers appreciate that,” said Adam Ebrahim, a ninth-grade human geography teacher in Fresno Unified who was selected as a teacher leader in the new CTA-Stanford program. “But there’s also the realization that if teachers don’t step forward, the window of opportunity will close. That makes this project so vital.”

Darling-Hammond said that the workshops will focus on instruction strategies needed to successfully teach the new standards. An English language arts session might guide teachers on the use of evidence to support writing or how to engage students as they closely read texts.

Ebrahim said he did a recent workshop at Fresno High on a specific need that teachers requested: strategies for encouraging students to generate thoughtful questions and for teachers to create questions that produce deeper levels of thinking. Teachers spent most of the workshop learning from each other through activities with little lecturing by him – a process that reflects what teachers should strive for with Common Core, he said.

The three-year program will be funded by the S.D. Bechtel, Jr. Foundation, Stuart Foundation and the California Education Policy Fund.*

*All three foundations also provide funding to EdSource but have no say in EdSource’s editorial decisions.