Crisis over: California gets waiver for Common Core field tests without penalties 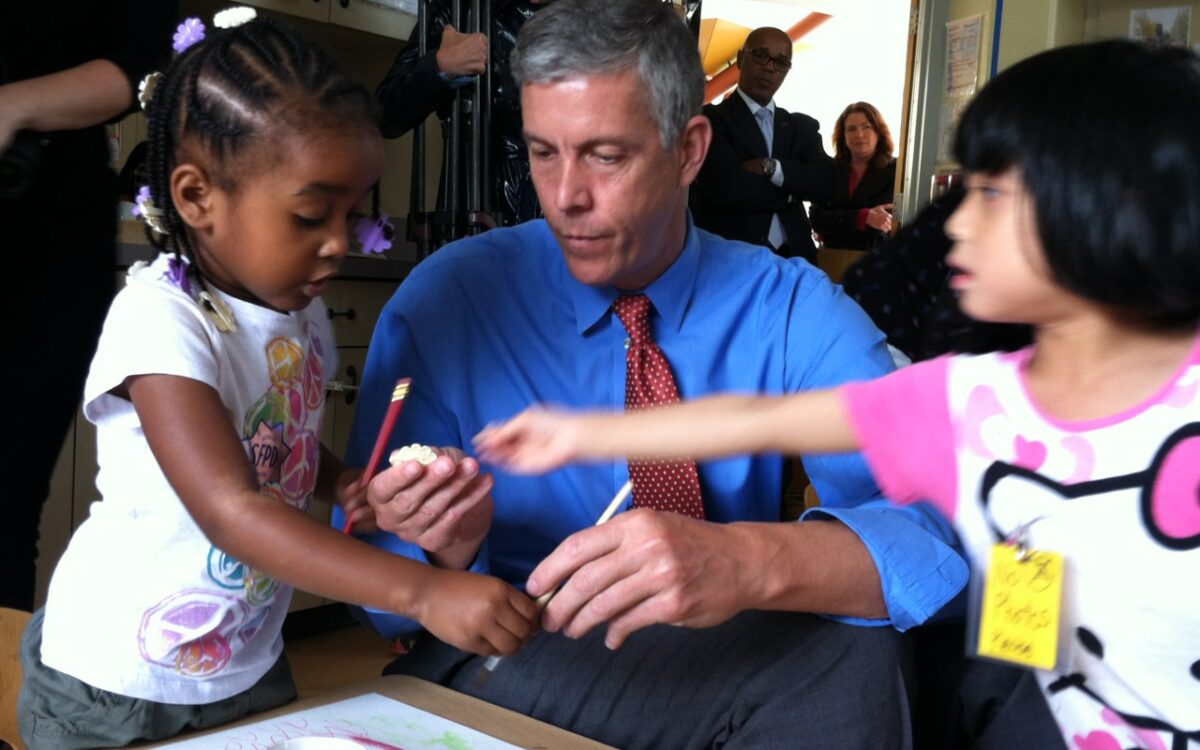 California will not face penalties or multimillion-dollar fines from the federal government for giving all students a preliminary test on the new Common Core standards, instead of on the old state standards that California has abandoned.

On Friday, the federal Department of Education announced it would give California a waiver from federal law, just as the state had sought, to give computerized Common Core field tests in math and English language arts, starting later this month. California becomes only the fourth – and by far the largest – state to avoid having to give standardized tests on both state and the new Common Core standards.

The letter granting a testing waiver, issued Friday by U.S. Assistant Secretary of Education Deborah Delisle, ends months of uncertainty, threats of big penalties and back-room negotiations between state and federal education officials. In the end, “after all these goings on and histrionics for all these months, we ended up where we hoped to be, with a clean waiver” with testing to begin in 10 days, State Board of Education President Michael Kirst said in an interview.

The No Child Left Behind law requires annual testing of children in grades 3 to 8 and grade 11 in state standards in math and English for accountability purposes: providing states with data on which schools are meeting their academic goals and parents information about how their children are doing.

In order to help the developers of the new Common Core tests, known as Smarter Balanced exams, create accurate assessments, U.S. Secretary of Education Arne Duncan permitted states to give a small percentage of their students a Common Core field test this spring while continuing to give most students their state tests. But last fall, with the encouragement of the State Board, Gov. Jerry Brown and Superintendent of Public Instruction Tom Torlakson, the Legislature passed Assembly Bill 484, which immediately ended almost all tests on the state standards and mandated the Common Core field tests for the spring of 2014. Torlakson and others argued that the transition to Common Core, including computer-based tests, required undivided energy and attention without the distraction of continuing to give tests on state standards that teachers were no longer teaching.

California’s action put Duncan in a bind. Federal law requires useful annual data marking progress for all students. Because field tests are used only to determine the validity of future test questions, they don’t provide results that are reliable for accountability uses. Giving all students a field test would mean a total break from tracking students’ improvement under No Child Left Behind – an objection raised by civil rights groups and some California superintendents.

But Duncan is also a strong supporter of Common Core, and has praised California’s commitment to successfully transition to the new standards and prepare for the Smarter Balanced exam.

Nearly everyone is anticipating technical glitches in the field test, given the different levels of bandwidth and aging or insufficient equipment among schools. Torlakson and Deputy Superintendent Deb Sigman have said a full field test will reveal critical information on districts’ technical capacity to administer computer-based Common Core tests in 2015.

Even though many educators would like to know how their students perform on the test, AB 484 specifically prohibits the state from using the field test results for any purpose other than analyzing the quality of the test questions and schools’ computer systems.  Additionally, district officials say they doubt the results would be valid because of the likelihood of technical problems and students’ lack of familiarity with computer-based assessments.

“It’s a quantum leap going from a multiple-choice paper test to an open-ended computer test,” said Joel Hampton, superintendent of Owens Valley Unified School District in Inyo County. “One of my concerns is just (students’) readiness to handle that kind of a test.”

After months of discussions, Duncan, who had warned he could not grant the blanket wavier to California “in good conscience” and would be forced “to take action, which could include withholding funds from the state,” relented and the state compromised. California agreed to give both the Common Core math and English language arts tests, which Smarter Balanced, a consortium of states, is creating, and to work with districts to ensure that, one way or another, all students would take the tests, said Karen Stapf Walters, executive director of the State Board.

Delisle struck a conciliatory note in an email to Kirst and Sigman on Friday.

“Ultimately, this is about working with states to ensure that assessments better serve teachers, students and families,” she wrote. “We believe that the plan we have approved will enable California to move forward with transitioning to new assessments aligned with more meaningful expectations for students.”

In a joint statement released by the state Department of Education, Torlakson and Kirst said, “We appreciate the Obama Administration’s approval of this important request, which will allow far more California students to get a hands-on experience with the up-to-date new assessments that will help guide them as they gain the skills to succeed in the real world of careers and college.”