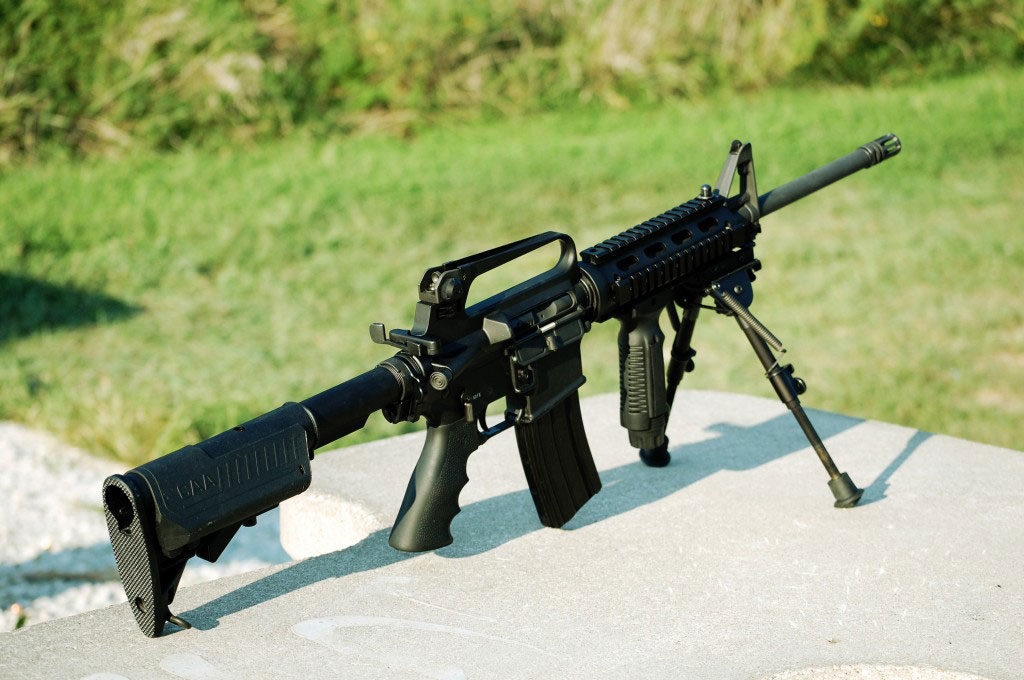 With the police shooting of an unarmed teenager in Ferguson, Mo., fresh in the nation’s mind, the decision of the Compton Unified School District board to allow campus police to keep semi-automatic rifles in the trunks of their cars has sparked controversy in the region.

But Compton is just the latest school district in California where school police are authorized to use assault-style weapons.

“The officers will keep the rifles in the trunks of their cars,” said Compton Unified Police Chief William Wu.

“These rifles give us greater flexibility in dealing with a person with bad intent who comes onto any of our campuses,” said Compton Unified Police Chief William Wu in a statement. “The officers will keep the rifles in the trunks of their cars, unless they are needed.”

The school board voted unanimously in July to approve the new Urban Police Rifle Policy, but there appeared to be little notice until radio station KPCC broadcast a report about the weapons this week as Compton schools opened for the school year.

“The community is very upset,” said Paulette Simpson-Gipson, president of the NAACP Compton branch. “There are lawsuits against the school police for excessive force and this adds fuel to the fire.”

“What worries me the most is this is part of a national tendency to allow civil law enforcement agencies to have war weaponry,” said Arthur Ybarra, executive director of the Watts/Century Latino Organization, a 24-year-old community group. “I see this move as more of a risk for students, schools and the public.”

The intention is to equip police with the heavy weaponry that would be needed in the event of a school shooting attack or a terrorist assault, said Joe Grubbs, president of the California School Resource Officers’ Association.

In Compton, school police officers will pay for their own semi-automatic rifles, which Wu described as “high-powered, precision tools” that would be better maintained by the officers who owned them. The rifles cost about $1,500 to $2,000 each, Wu said. Officers would be screened to become eligible to carry an assault rifle while on duty and the district would pay for training and ammunition.

Wu told board members that 5 percent of mass shooters wear body armor that cannot be pierced by bullets from traditional handguns, but could be penetrated by assault weapon ammunition. And assault rifles would allow officers to shoot with accuracy from 50 to 100 yards away, rather than the 25-yard accuracy range of handguns, he said.

But Amanda Klinger, director of operations at the Educator’s School Safety Network, a Washington, D.C.-based nonprofit that trains school administrators and police, noted that improving school safety depends more on preventing incidents than on responding to them.

The school shooting at Columbine High School in Colorado in 1999 lasted 90 minutes – an extreme outlier compared to most school shootings, which last from 8 to 12 minutes, and sometimes less than two minutes, she said. No matter what weapons police have in hand, it is difficult for them to respond fast enough, she said.

“We really advocate for a multidisciplinary threat assessment team,” Klinger said. “Who are the kids we need to be concerned about and how do we provide appropriate interventions?” She said threat assessment is a process of identifying facts – student drawings, writings and incidents  – from many sources, rather than vague impressions.

In Compton last month, the school board embraced the gun policy. “It’s admirable and I want to commend our officers for even having the desire to want to spend that kind of money to protect our children,” said Micah Ali, president of the school board, at the July meeting.

School Board member Mae Thomas discovered at the July 8 meeting that the district had not given parents a chance to ask about the new weapons policy. She asked Darin Brawley, superintendent of the district, to brief parents.

Community members are still interested in voicing their concerns about the weapons to the district, said Simpson-Gipson of the NAACP.