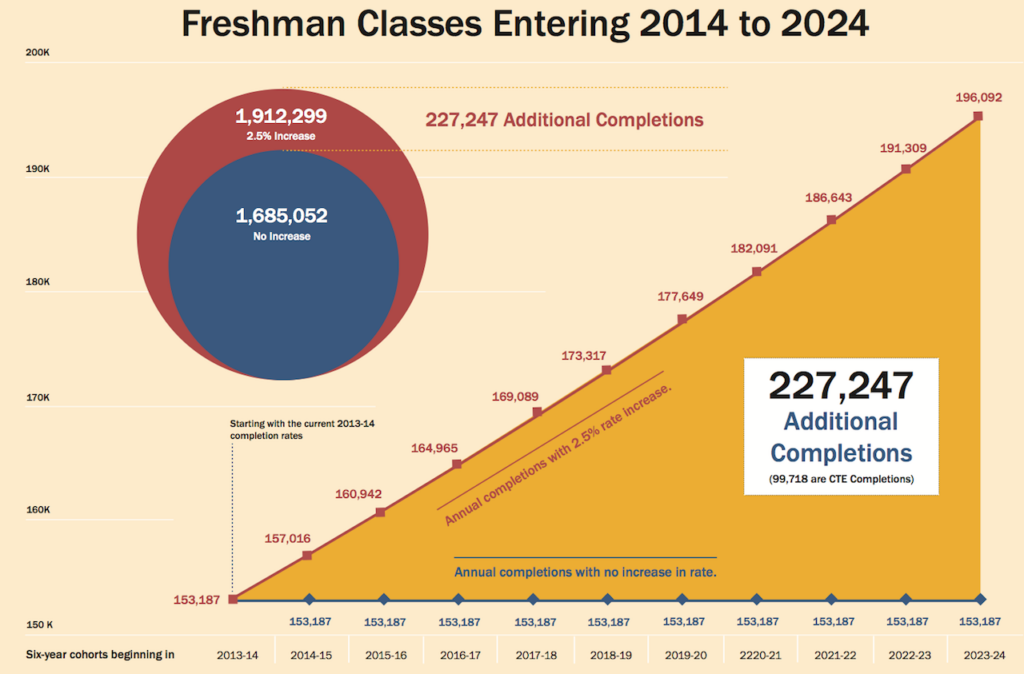 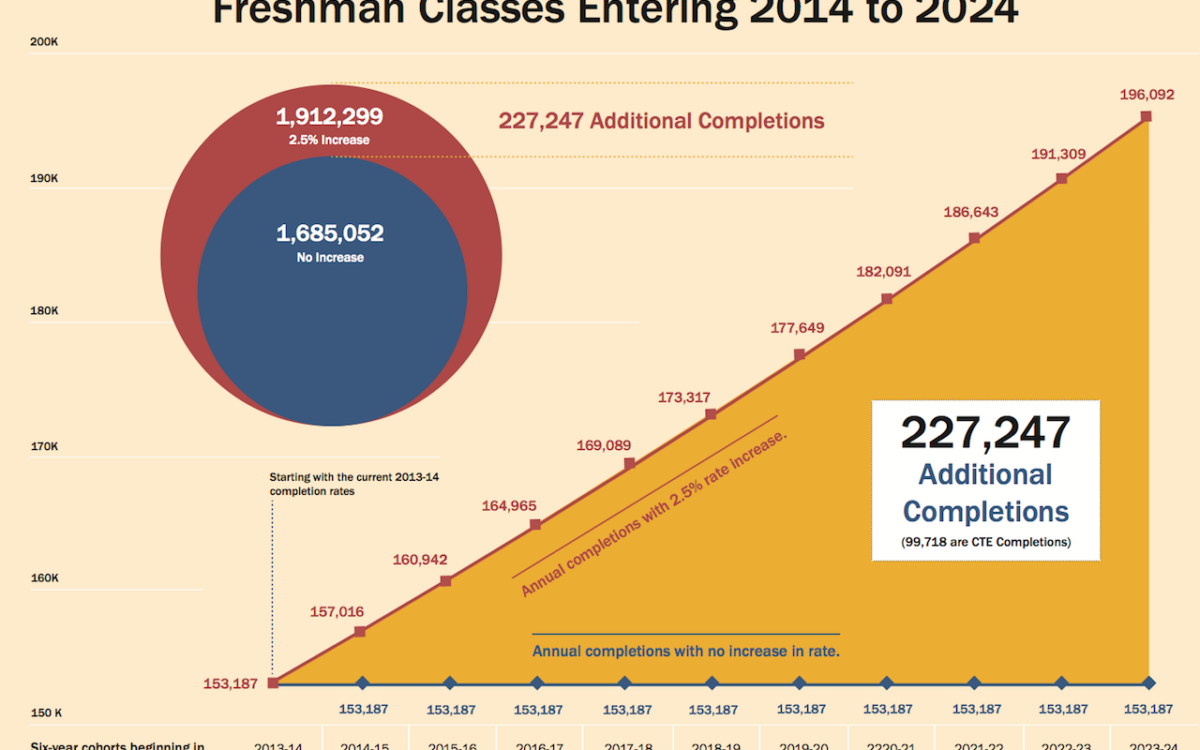 California’s community colleges intend to increase graduation and transfer rates by nearly a quarter of a million students over the next decade, officials said Wednesday in announcing an “ambitious goal” to boost student success rates.

The effort, part of the California Community Colleges Student Success Initiative, is intended to increase the number of students who obtain certificates or associate degrees or who transfer to a four-year institution by 227,247 students by 2023-24. That would require boosting the completion rates for students in degree or transfer programs from its current 48 percent to 63 percent. Completion of career education programs would need to rise to 70 percent from its current 54 percent.

“This is probably the most ambitious student outcomes goal effort ever undertaken by our system and quite frankly in the country,” California Community Colleges Chancellor Brice Harris said during a conference call announcing the effort.

Several campuses have had success with targeted placement and assessment programs that put students into the classes they need and focus their studies on key areas requiring improvement, among other efforts, Harris said. “The challenge is scaling that up to the huge numbers of students that are underprepared,” he said.

California has the largest community college system in the nation, serving more than 2 million students at 112 campuses. The push comes amid a concern about the length of time students require to graduate college, as well as concerns about a shortage of trained workers for emerging jobs.

The community college budget includes $170 million this year for the initiative, with the money being distributed to local campuses based on enrollment levels.

“A lot of those dollars are going to be invested at the local level to improve basic skills and remediation,” Harris said.