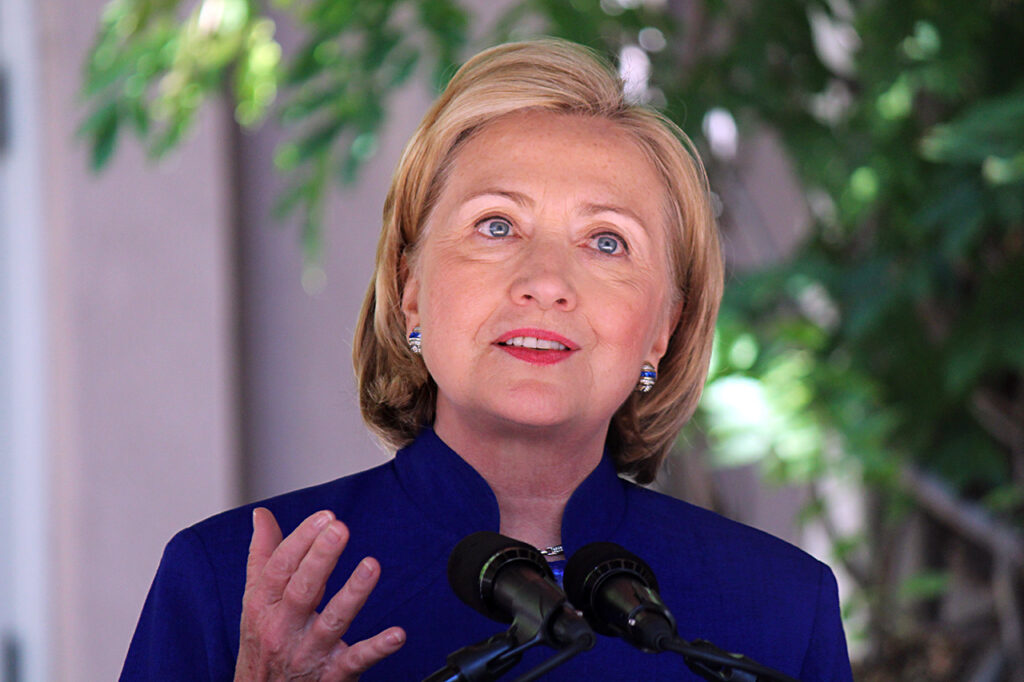 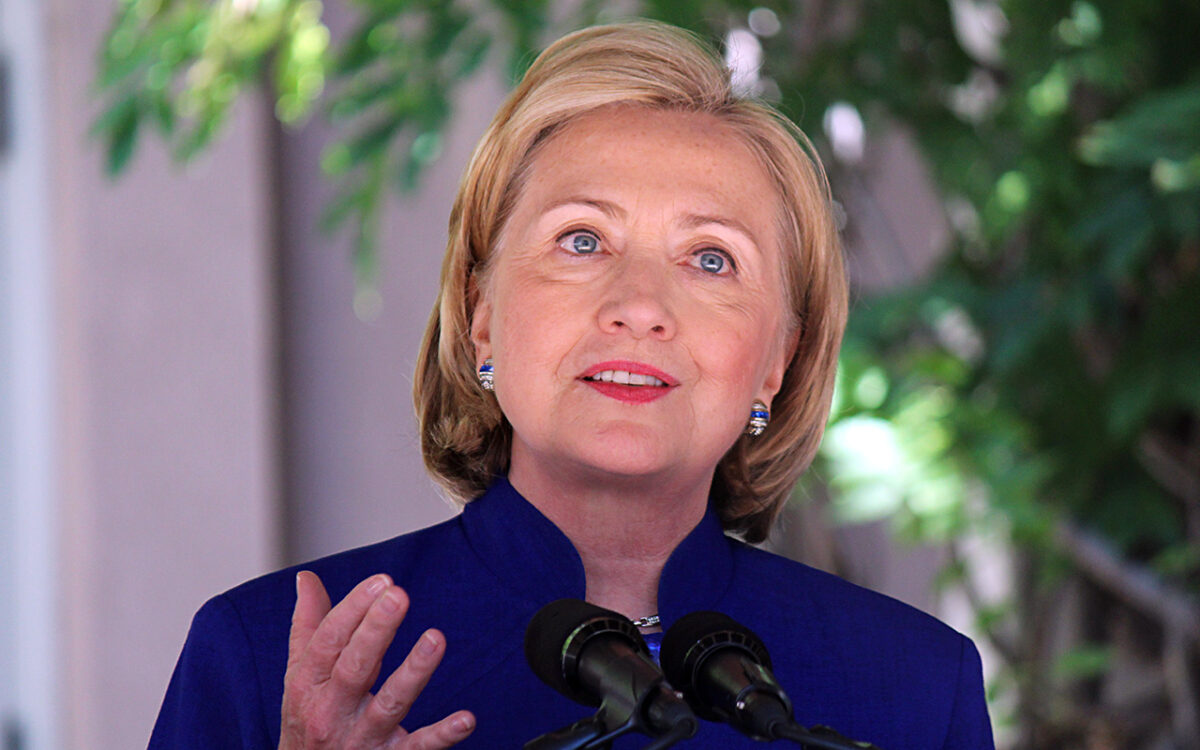 Hillary Clinton spoke to a friendly crowd at Oakland’s UCSF Benioff Children’s Hospital on Wednesday about her new campaign (no, not that one) to get parents to spend more time talking, singing and reading to their young children.

“Brain research is showing us how important the first years of life are,” Clinton said, “and how much a simple activity can help build brains.”

Oakland will be the second city – the first was Tulsa, Oklahoma – to receive a concentrated dose of messaging about the importance of verbally engaging infants and toddlers. As part of the “Talking is Teaching: Talk Read Sing” campaign, residents can expect a multimedia campaign featuring television commercials, a radio spot, billboards and bus station ads. Local retailer Oaklandish will also be launching a new clothing line for babies that includes onesies that read, “Let’s talk about hands and feet,” and baby blankets proclaiming, “Let’s talk about bedtime.” For every item purchased, Oaklandish will donate one item to a family in need.

A targeted campaign to reach new parents will launch at the Benioff Children’s Hospital and through Kaiser Permanante. Benioff and Kaiser Permanente will distribute the onesies and other materials informing parents about the importance of talking to their children regularly. New parents will also have the opportunity to sign up for a free mobile health service called Text4baby that will send them prompts and information about how to enhance their child’s vocabulary development. The children’s hospital campaign is set to last for three years and will be funded largely by a $3.5 million gift from Lynne and Marc Benioff. The Kaiser campaign is working with the Clinton Global Initiative to provide materials.

Studies have found a gap of 30 million words between the vocabularies of 4-year-old children growing up in low-income homes and those growing up in homes headed by professional, college-educated parents. Clinton pointed out that though gaps are found among families with different income levels, that doesn’t have to be true. Talking and singing to children is free and something all parents can engage in, she said.

However, research has found that many parents from  lower-income backgrounds doubt their ability to help their children do well in school, which could lead to lower engagement among parents. Starting school with fewer words sets kids at an immediate disadvantage that can continue throughout their public school careers, according to researchers.

“The word gap leads to the achievement gap,” Clinton said. “We want parents and caregivers to feel that starting today, they can help (their children).”

A host of local agencies, including the Bay Area Council and Next Generation, a nonprofit focused on early childhood education and climate change, will be involved in supporting the new campaign. The Oakland campaign is part of a larger initiative called Too Small to Fail, which is spearheaded by Clinton and a joint project of Next Generation and  The Clinton Foundation.