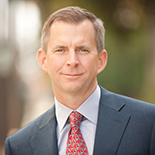 When the California Charter Schools Association released our first “Portrait of the Movement” report in 2011, it revealed a stark picture of uneven performance among the state’s charter schools. While California’s charter sector had evolved to produce a substantial number of schools generating among the highest levels of student learning in the state, the movement was simultaneously allowing an unacceptable number of chronically underperforming charters to persist. This story was depicted in an image that we presented called “the Shape of the U,” a graph showing the distribution of academic performance for charter schools across the state. “The Shape of the U” showed that in the 2007-08 school year, controlling for demographics of students served, approximately one in five California charter schools were performing in the bottom tenth of all public schools in the state, with another one in five in the top tenth, and strikingly few “in the middle.”

The mixed performance of the charter school sector was a huge threat to the charter school movement, and one that few had been willing to tackle with urgency. This was a wake-up call that fueled action, resulting in a much different picture today.

We developed a Similar Students Measure that goes beyond the Academic Performance Index (API), the traditional measure used to evaluate schools based on student test scores. The Similar Students Measure factors in things like average parent education level, poverty and race to come up with a predicted API score for a school. Then, it takes the predicted score and compares it to the school’s actual API. We are then able to determine which schools are “underperforming” or “overperforming,” based on their predicted API scores. Over the past five years, we see that California has significantly reduced the percentage of charters performing in the bottom tenth of schools (the most underperforming as measured by the Similar Students Measure), and has held nearly constant the large percentage of charters performing very well in the top tenth (the most overperforming schools). These trends tell us that tens of thousands of students are being educated in better performing charter schools than just five years ago.

How have we done it? By expanding what is succeeding: almost all segments of the charter school movement have grown stronger – organizations that manage multiple schools, single-site charter operators, schools in brick-and-mortar classrooms and independent-study schools. Another key reason for the improvement is that more underperforming charter schools are closing. In the past five years, 143 charter schools have closed, and three out of every five of these schools have been in the bottom quartile of performance. We also believe that CCSA has played a role in supporting the development of new high-performing schools and advocating for the closure of the most chronically underperforming charter schools.

One of the brightest spots we see is the success that charter schools are having with low-income students and other historically underserved students. More than a quarter of all English learners, African-American and Latino charter students attend schools that are among the most overperforming public schools in California as indicated by the Similar Students Measure. In fact, one out of two students enrolled in charter schools with a majority of low-income students are in highly successful charter schools. These schools are helping them “beat the odds” and students in these schools are far overperforming, given their backgrounds, compared to their peers throughout the state.

This progress was made against the backdrop of a substantial increase in the number of charter schools in California, which is unmatched across the nation. And it was made in spite of one of the most severe funding crises to hit public education in generations.

The public has never been more supportive of providing families with public-school choices, charter schools in particular. A recent statewide opinion poll showed nearly 50% of respondents support charter schools. Evidence of this support can be seen in the growth in charter school enrollment (California now serves half a million public-school students), and expanding wait lists (more than 90,000 kids are on charter school wait lists in California). This growth in support happened during a period when charter schools have been held more accountable than traditional public schools, and have strengthened their academic performance, especially with historically underserved students. Charter schools are more accountable because in exchange for autonomy and flexibility, they are required at every five-year renewal to demonstrate academic performance outcomes or they can be shut down.

The success of the charter school movement depends on excellence and accountability. As long as charter school leaders, teachers and families continue to hold their schools to the highest standards, and are willing to scrutinize those charter schools that are not meeting expectations, the movement will keep growing, improving and transforming the academic careers of students.

Jed Wallace is the President and CEO of the California Charter Schools Association, a membership organization supporting the state’s 1,130 charter schools serving more than 500,000 students.