Accountability plans should start with focus on Common Core 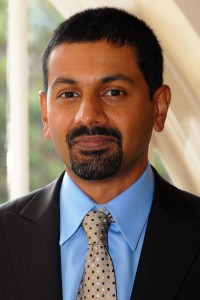 A couple of years ago, I began getting calls from my daughter’s school asking me to pick her up from the office. She would tell her teacher that she had a tummy ache, get sent to the office and ask the school secretary to call her daddy to come pick her up before she threw up.

When the call came, I was usually in the middle of some “important” meeting. But I would jump in my car and drive over to the school as quickly as I could. Over the years I have learned that hell hath no fury like a school secretary whose office has been just been puked on.

When I picked her up, my daughter would grimace and groan like she’d just eaten a rotten egg. But by mid-afternoon the tummy aches would miraculously disappear. So when the next call from the office came, I asked the secretary to give her a glass of water and send her back to class.

Turns out that I had fallen victim to the fake tummy ache trick. After a series of strenuous denials, she eventually spilled the beans. “Daddy, I was so bored,” she said. “Everything we were learning was something I learned in preschool. I just wanted to get out of there.”

Her comment reminded me of a basic fact about human nature. Behavior is the most fundamental form of communication. Some kids express their boredom externally – by acting out. My daughter just wanted to escape, and when we moved her to another public school with more enriching academics, the behavior disappeared.

We often talk about negative student behavior as a barrier to academic success and prescribe interventions like counseling as the solution. But this is a fairly one-dimensional perspective. I spent most of my early career working with children with mental illness and significant disabilities.  After getting hit one too many times, I immersed myself in behavior management practices from Applied Behavior Analysis (ABA) to Positive Behavior Interventions and Supports (PBIS). The first thing I learned from this work was that finding the source of a behavior is the first step in fixing it. Kids who struggle academically may act out. But giving them therapy to improve their behavior when they have an academic need may actually make it worse because it doesn’t address the root of the problem.

Second, academic success, well-organized classrooms and great teaching are the most effective behavioral interventions for the vast majority of students. It’s far better to begin with the assumption that the student’s behavior is a rational response to their educational experience than the result of some external trauma such as the violence in their community.

That’s why well-designed district- and school-wide intervention systems (Response to Intervention and Positive Behavior Interventions and Supports) begin by focusing on those aspects of schooling that impact every child, from effective classroom instruction to consistent behavioral expectations. They then provide targeted services and interventions for a smaller percentage of at-risk and high-risk students.

Over the past year, as California implemented the Local Control Funding Formula (LCFF), the state’s new public school financing law, there’s been a lot of talk about how to spend the money on programs and services for high-needs, at-risk students. Some folks wanted to restore programs that had been cut during the budget crisis. Others wanted to add specific mental health and other services for boys of color, English learners and foster youth.

But strangely, in my view, there wasn’t sufficient talk about the overall investments necessary to improve teaching and learning in our classrooms and schools. In fact, last year, during the whole Local Control and Accountability Plan (LCAP) planning process at the district level, the other major education initiative, the Common Core State Standards, seemed to be an afterthought.

Part of the problem was the design of the Local Control Funding Formula. After five years of budget deficits, many school districts were told to take their limited LCFF dollars and apply them to not one but eight different state priority areas. The creation of eight areas was a necessary political bargain crucial to the passage of the Funding Formula. But on a practical level, it moved some of the more dysfunctional aspects of the previous system of program-specific “categorical funding” from Sacramento down to the local level.

Instead of guiding the community discussions to focus on the fundamental educational mission of schools, many district leaders appeared compelled to treat all of the state priorities, including the one focused on Common Core implementation, and their related interest groups as equals. In order to comply with the letter of law, some of them funded or restored a program in every priority area.

Based on Pivot Learning Partners’ examination of multiple district plans, we concluded that this “shotgun-style” compliance approach resulted in Local Control and Accountability Plans that exhibited the same incoherence as the previous system of categorical funding. They directed too little attention to investments in the large-scale shifts in teaching and learning necessary for implementation of the Common Core, the set of new academic standards adopted by California and most other states.

There is too much at stake for this to happen again. After years of budget hell (a period I call the dominion of the chief financial officer), we are at a pivotal time when curriculum and instruction should be on the ascendency. With the implementation of new English, math and science standards, the development of promising school reform approaches such as Linked Learning and blended learning, and the large-scale rollout of online assessments, we have the opportunity to hit the reset button on our education system. The LCAP should be a district’s strategic plan to improve student learning and close achievement gaps instead of a meaningless annual compliance document.

In this critical time, district leaders shouldn’t be afraid to work with their communities and advocacy groups to prioritize investments of their limited Local Control Funding Formula funding on building the capacity of teachers, leaders and parents to implement the Common Core standards and address the educational needs of their students.

These investments could include teacher professional development, support  for teachers and parent education. State and county leaders can promote this work by viewing their accountability plans as a strategic education plan rather than a compliance checklist. They should focus far more attention on whether their accountability plans clearly explain and account for all funding, including supplementary funding for high-needs students, than on the number of new programs created in each priority area.

This doesn’t mean that district leaders should ignore critical health and wellness needs. But instead of funding an illogical grab-bag of programs in their accountability plans, it makes far more sense for districts to consider where these programs fit in tiered systems of academic and socio-emotional interventions such as Response to Intervention and Positive Behavior Intervention Systems.

These intervention systems can be also be funded with a broad array of sources (including federal Title I and special education funding) and should be integrated with existing district efforts to promote English proficiency and prevent students from being inappropriately identified as disabled. That way we don’t drown our educators and school leaders with multiple new initiatives but instead figure out how new and existing programs can work together to support every student.

Now, it may seem strange to folks who have considered me an advocate for a more bottom-up community engagement approach toward the Local Control Funding Formula to hear me argue for this more focused approach where Common Core implementation takes precedence. But I am deeply worried that we are going to undermine the potential of the LCFF and Common Core unless we integrate their implementation.

We will never narrow our divisions of race and class and transform the economic conditions of our communities unless we provide far more low-income students and students of color with high-quality educational pathways into the middle class and professional ranks.

Instead of advocating for our favorite program, intervention, cause or subgroup, we should work together to invest in building the capacity of teachers to teach the new standards and then construct the system of interventions designed to help all high-needs students, from English learners to boys of color to foster youth, achieve academic success.