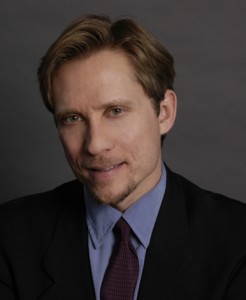 With increased revenues in the state’s coffers, there are many things to like in the budget signed by Gov. Jerry Brown last week, but three key developments are setting off alarms for education advocates and community groups who supported the landmark Local Control Funding Formula reform. With each of them, the governor seems to be shaping or restricting the newfound flexibility in the funding formula in ways that principally benefit teachers’ interests and not the high-needs students supposedly at the heart of the reform.

First came the lightning bolt in the May revision of the budget, in which Brown proposed to address the state’s $74 billion unfunded liability in the California State Teachers Retirement System primarily on the backs of school districts. There is no question that the CalSTRS issue needs to be addressed and that failing to do so only makes matters more expensive down the road. But Brown’s solution is to increase the annual contributions from the state and teachers somewhat – and from districts a whole lot. The state’s responsibility and share of the burden vis-à-vis districts should be roughly reversed, with Sacramento instead carrying 70 percent of the load and districts only 20 percent. But rather than propose a plan to raise state revenues for the CalSTRS paydown, Brown wants districts to shoulder the bulk of that burden – with the existing inadequate level of school funding. This only worsens the consequences for kids. Districts use K-12 Proposition 98 funds to pay their CalSTRS share; the state’s contribution is from the General Fund. Thus, under the governor’s district-centric solution, there will be fewer Prop. 98 dollars statewide and fewer dollars from the Local Control Funding Formula on the ground for districts to use for programs and services for students.

Then at the 11th hour came another shocker. In conference committee, Brown inserted a statewide maximum on districts’ budget reserves, the size of which teacher and classified unions have long grumbled about. Now, when the state has a good year or two economically and puts money into its rainy day fund, districts will be forced to spend down their own local rainy day reserves. This might make sense if the state were guaranteeing its fund would fully cover district shortfalls should the economy go south or if the state guaranteed adequate annual funding for schools, but neither is the case. As such, it is folly to undercut local districts’ ability to plan prudently. For every good year that brings rainy day investments, subsequent economic downturns will surely follow. Hundreds of districts were negatively qualified by county offices of education during the recent downturn, and more than a few were close to insolvency. The ability to shore up reserves kept most districts afloat and served students well.

The Brown administration, with union support, slipped in this significant new restriction on local spending without any public hearings or debate or time for thoughtful consideration. With it in place, stores of local rainy day funds around the state will eventually be funneled straight onto the bargaining table in one chaotic swoop. Some funds will go toward temporary new programs and services (only to be eliminated via cuts and layoffs when school funding next takes a hit); other dollars will inevitably flow right into permanent salary increases. In many cases there will be too many new dollars coming too suddenly for districts to absorb into new programs and/or to withstand the bargaining pressure. The result will be better paid staff, but not necessarily new or better services for high-needs students as promised by the Local Control Funding Formula. Either way, when the bad times come, not having the local reserves to keep things afloat will lead to even more calamitous cuts and layoffs, ill serving the neediest students, who typically suffer the most when the cuts come.

For a governor who promised increased local decision-making under a new regime of “subsidiarity,” Brown just contradicted himself with two whoppers…

To punctuate the trifecta, near the close of budget negotiations the administration, with CTA’s urging, quietly removed a provision in the budget trailer bill to increase transparency around how supplemental and concentration dollars for high-needs students are spent by districts. The proposal to modify the state’s school accounting codes was advanced by civil rights advocates and community groups in an effort to increase the transparency for locals and policymakers on how this grand LCFF experiment is playing out for the students it is intended to serve. Both houses in the Legislature included language on transparency in their budget versions. The proposal would not have converted any LCFF funds into restricted dollars like the old categoricals nor reduced any flexibility in how LCFF dollars are spent. It merely would have shown, in broad categories, how supplemental and concentration dollars were being spent. Before the conference committee could even consider the proposal, the administration had it removed.

Mind you, the state has acknowledged, without concern, that many local districts are tracking these dollars with local accounting codes. Apparently, the objection is to the statewide aggregation of data and its potential effect on policy. As CTA told the conference committee in opposing the effort: “That aggregated analysis will misrepresent what is truly happening at local districts and will result in the same kind of statewide, data driven critique that the LCFF sought to reverse.”

So now that we value local control, we no longer can analyze aggregated data and respond appropriately? Could it be that the CTA and the governor don’t want it easily known that the bulk of supplemental and concentration dollars are flowing to higher benefit and salary costs (aided by the new CalSTRS fix and the local reserve cap) and not necessarily to new staff and higher services for high-needs students?

For a governor who promised increased local decision-making under a new regime of “subsidiarity,” Brown just contradicted himself with two whoppers: a new state mandate to spend limited funds on CalSTRS and a new prohibition on local fiscal planning. It’s true that most teachers deserve raises, just as most high-needs students deserve greater services to succeed with the new Common Core standards. But we trusted Brown that funding formula distributions would be decided locally, through the LCFF process – not precluded through CalSTRS mandates, funneled predominantly into salaries, and hidden from view.

It’s as if the administration has forgotten that LCFF was passed and carries legitimacy precisely because so many stakeholders came together – not just the unions, but also many districts and superintendents and civil rights and grassroots organizations representing parents, students and community advocates. These late-breaking, insider maneuvers risk undermining the consensus support for the new law. To restore that delicate consensus, a new conversation on how to adequately fund our schools (including the CalSTRS obligation) should begin; more immediately, the reserve cap should be removed and the transparency reporting provision reinserted. And going forward, these late-dropping, ground-shifting surprises have to be avoided.

John Affeldt is Managing Attorney at Public Advocates Inc., a nonprofit law firm and advocacy organization.  He has been recognized by California Lawyer Magazine as a California Attorney of the Year.