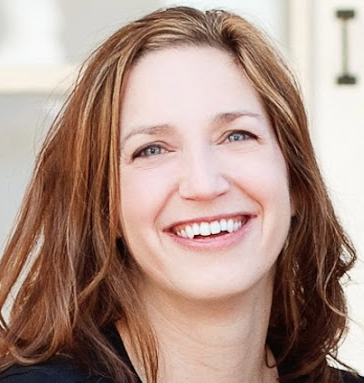 As districts completed their first-ever Local Control and Accountability Plans this spring, the caveat “this is a learning year” became their oft-shared refrain. Now that more than 1,000 district LCAPs have been stamped as “approved” by their boards and sent off to county offices for review, what have we learned?

At The Education Trust–West, we have been collecting hundreds of LCAPs, with support from partner organizations across the state. These plans are now available to the public through the website LCAP Watch. In scrutinizing dozens of  LCAPs, we’ve learned a few things about these first-year plans.

First, we’ve learned that the LCAP often presents an incomplete picture of a district’s plan. While advocates and community members expected a comprehensive plan that would connect a district’s academic plan to its budget, they have repeatedly been frustrated to find a document that falls short of this vision. Often, the LCAP only includes those services supported by Local Control Funding Formula (LCFF) dollars, and sometimes only a portion of  funds.

Especially concerning to us, we’ve learned that it is difficult-to-impossible to tell what services have been increased or improved for high-need students.

One district’s parent advisory council, upon reviewing the plan, asked why only some school sites had social workers. The district responded that while each school has social workers, only some of those positions are funded by LCFF. In many other districts, investments in Common Core — technology and instructional materials, in particular — don’t show up in the LCAP, since those costs are covered by the $1.25 billion investment in Common Core the state made in 2013. When districts use the LCAP to document expenditures of a narrow pot of funds rather than treating it as a broad planning tool, it serves to create confusion, not transparency.

Second, we’ve learned that reading these plans requires patience and a fair bit of sleuthing. To understand how goals are connected to actions, the reader has to flip back and forth between two disconnected sections. To truly understand how all LCFF dollars are being spent, the intrepid reader may need to also pore through the district’s budget, board minutes, or other documents. For instance, some districts are using large swaths of increased LCFF funds for staff raises, but these salary increases aren’t typically disclosed in the LCAP. Instead, those decisions are only uncovered through review of detailed budget documents, labor contracts, or by simply having that background knowledge.

Making this even more opaque, most districts don’t identify which expenditures are from LCFF base funding and which are from LCFF supplemental or concentration grants. With this lack of transparency, it’s simply not possible to know whether LCFF is fulfilling its promise of offering additional services and supports to low-income students, English learners, and foster youth — or whether the dollars are just being used to pay for preexisting programs and shore up rising staffing costs.

The revised LCAP template the State Board will be considering this week partially addresses these issues. It tightens the connection between goals and actions, and it makes it easier for readers to see what services will be provided to all students versus what additional services will be provided high-need students. In addition, a newly proposed Annual Updates section will ask the district to compare proposed services and expenditures to what was actually provided. These revisions will help, but they won’t make the LCAP much easier to read. We’ll still be left with a multi-celled, multi-columned puzzle that tells a partial, jumbled story of what the district is doing to improve outcomes for students.

Despite its limitations, some districts have been able to use the existing LCAP to tell a clear story, offering sufficient detail on how they’re increasing or improving services in order to address opportunity and achievement gaps. San Jose Unified and Berkeley Unified are just two examples of districts that accomplish this with their LCAPs. The State Board should listen to what districts like these have to say about how a new template could better address their needs while also resulting in transparency, readability, and clarity around how expenditures support high-need students.

Yes, this has been a learning year. Let’s hope the state board takes the time to learn from the experiences of district leaders, community stakeholders, and the plans themselves.

Carrie Hahnel is Director of Research and Policy Analysis for The Education Trust–West, a statewide education advocacy organization.