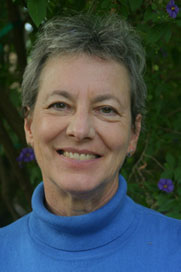 As someone who has spent my entire career working on school reform, I wince at headlines like “The Secret to Fixing Bad Schools.” But UC Berkeley professor of public policy David Kirp got it right in his recent New York Times op ed when he said “To succeed, students must become thinkers, not just test-takers.”

What most readers of the Times probably didn’t understand is that creating schools in which student thinking is a priority will require that we transform not only teaching but school, district, and even state and federal leadership as well. To foster student thinking, teachers have to be allowed and encouraged to think. To support teachers who think, principals will need to think as well. Thinking principals will require thinking superintendents, and on up the ladder to board members and policymakers. Currently, though we say we value thinking, policymakers largely don’t trust the people who work in schools. One result is so-called “teacher proof” curricula. Another is California’s plethora of categorical programs with their many rules and regulations.

Right now, state leaders seem willing to question the system that tells adults to turn off their brains and follow the rules. Their timing is good, since the Common Core State Standards prioritize thinking skills and the Smarter Balanced Assessment Consortium tests seem on track to try to assess them. The challenge for leaders at every level is whether they are really ready to let go of control, because that is what fostering thinking will require. This is a challenge for teachers: a classroom of students hard at work thinking through a complex issue is more noisy and unpredictable than one filling out worksheets. Principals supervising teachers with these kinds of classrooms face a new challenge: teachers’ first efforts won’t always be pretty. Neither will be principals’ efforts to create a new, more vibrant culture of innovation at the school level. And for leaders at the district level, a real focus on thinking could call into question the entire management toolkit, from the adopted textbook to the pacing guide and beyond.

Some local leaders are already seizing the opportunity to reinvent schooling in this way. But too many others are working hard to find a way to make the Common Core State Standards into another version of No Child Left Behind (NCLB). This is not surprising: for many leaders, the No Child Left Behind leadership toolkit is the only one they know. Under NCLB, accountability programs focused schools on test scores, and a host of related policies and incentives also proscribed the strategies that districts used to improve the test scores. California was particularly notable for its tight focus on “high fidelity” implementation of state-adopted curriculum materials, and for its insistence that professional development for both teachers and principals should also focus rather narrowly on the textbook. Other states, and indeed other nations, found ways to do standards without this kind of standardization. We can, too.

The role of state and federal policymakers in shaping how the Common Core is implemented is key. Education policy doesn’t impact all districts equally; it is the districts serving large numbers of poor children and children learning English that have been subjected  to the most pressure from accountability requirements, and as a result these are the districts that are most wedded to the NCLB strategies. If state leaders don’t deliver a clear message that Common Core is not NCLB version 2.0, the students who will lose out will be those who need good schools the most. The leaders of the schools and districts serving these kids need to be encouraged to let go of control…and take the leap to start to create school systems in which all participants, both students and adults, are thinkers.

Merrill Vargo is both an experienced academic and a practical expert in the field of school reform. Before founding Pivot Learning Partners (then known as the Bay Area School Reform Collaborative, or BASRC) in 1995, Dr. Vargo spent nine years teaching English in a variety of settings, managed her own consulting firm, and served as executive director of the California Institute for School Improvement, a Sacramento-based nonprofit that provides staff development and policy analysis for educators. She served as Director of Regional Programs and Special Projects for the California Department of Education. She is also a member of Full Circle Fund.